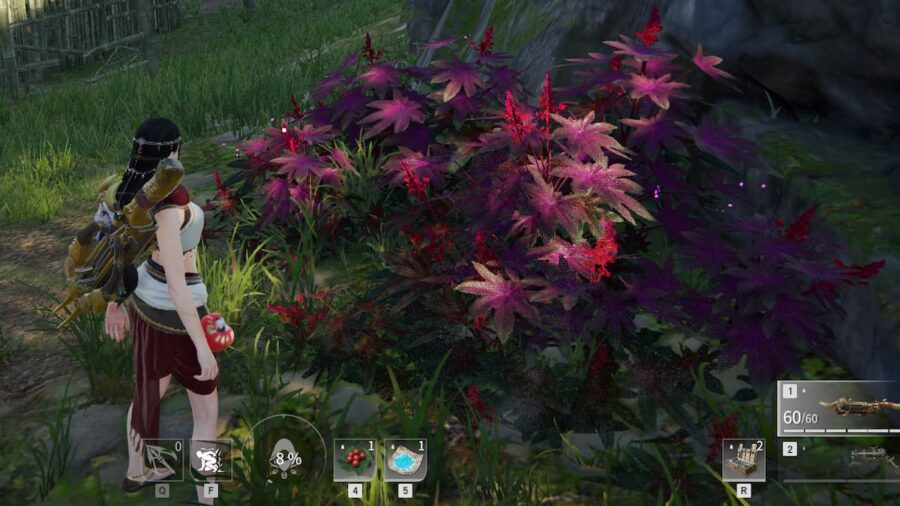 Naraka: Bladepoint's map is full of weapons and gear to give you an edge over the competition. These can be found scattered around or by looting cairns. There are also environmental items and objects that the player can interact with.

One of these objects is the shadow bush. These bushes are scattered throughout the map and can easily be found. They appear as purple bushes with red flowers within them. They can also be spotted by the purple lights flickering around them.

Related: Where to get dandelions in Naraka: Bladepoint

Stepping into these bushes and crouching will render the player invisible and allow them to hide. This is perfect for when you are trying to get the drop on an enemy or simply need to take a breather after a fight. Hiding in shadow bushes is also a great way to scan the surrounding area for loot. It wouldn't hurt to also check these bushes as enemies could be hiding in them.

Be mindful though as effects can still be seen while you are invisible. This means that repairing armor, weapons, or healing can reveal your character for brief moments. Having a buff from Salak or Prickly Pears can also reveal your location. And just because you are invisible doesn't mean you can't take damage. An enemy can melee attack or ranged attack you while are hiding.

How to get Valda Cui in Naraka: Bladepoint

How to counter Tianhai’s ultimate in Naraka: Bladepoint

How to counter in Naraka: Bladepoint

Where to get dandelions in Naraka: Bladepoint

How to slay Moonbane in Naraka: Bladepoint

How to use the grappling hook for combat in Naraka: Bladepoint