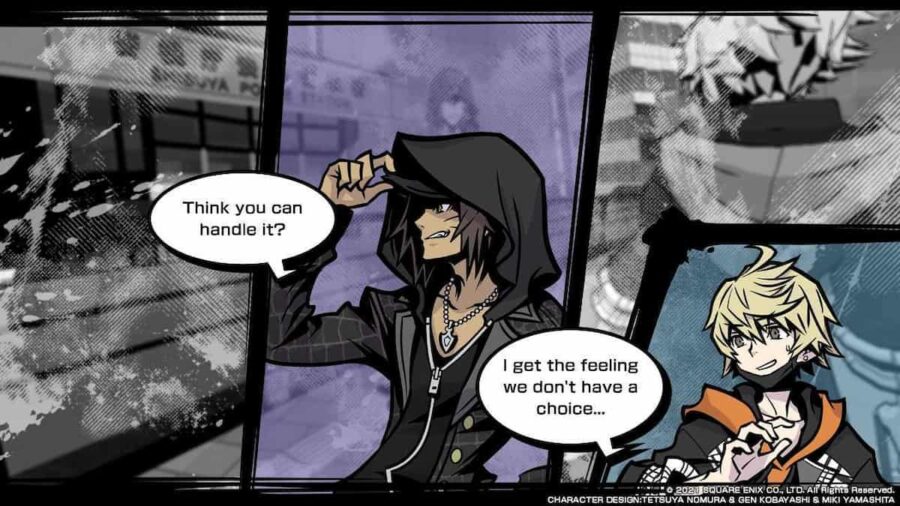 NEO: The World Ends With You’s super boss is called “super” for a reason. He’s fast for one, making it difficult to land beat combos. He can also kill your team in less than three big hits (or one if you’re playing on Ultimate).

But like any super boss, NEO’s has a pattern—and one that’s surprisingly easy to exploit with proper timing and the right pins.

Where to find the NEO: The World Ends With You super boss

To find Noise No. 92, Felidae Cantus, talk to the Minamimoto hanging around Expressway Underpass in Another Day. Make sure that you’ve equipped your best gear before speaking to him, since you’ll be immediately thrown into battle after a short dialogue.

Related: Where to find every missable Axion, Dilaton, and Dibaryon Pin in NEO: The World Ends With You

How to beat Felidae Cantus

Felidae Cantus has three main attacks: one where he summons a pillar of fire, a quick forward claw slash, and, the worst of them all, a charged claw attack that can wipe your HP in one to three hits.

The first two are easy to dodge as long as you keep moving. It’s that nasty charged attack that you should watch out for. However, the third attack is also the easiest opening you can take advantage of.

To exploit it, you’re going to need two pins: No. 246 HOG Healer and No. 247 Fang Defender. You don’t really need HOG Healer, but equipping the two together will grant you the “Revivify Ensemble,” allowing Fang Defender to charge faster.

Felidae Cantus is very obvious about when he’ll do his devastating attack. Wait for that exact moment he leaps at you and activate FANG Defender. The Protective Field will protect you and trigger a beat drop. He won’t move for a while after this attack, so this is your opportunity to hit him with other attacks and bump your Groove.

The Revivify Ensemble will ensure that FANG Defender is always ready to use when Felidae Cantus performs his one-hit killer. You just have to be on high alert the entire battle!

For more help with Neo: The World Ends With You, be sure to check back at Pro Game Guides.

Recently Updated Neo: The World Ends With You Posts

How to earn Scramble Slam points in NEO: The World Ends With You

How to grind money fast in NEO: The World Ends With You

Where to find every missable Axion, Dilaton, and Dibaryon Pin in NEO: The World Ends With You

NEO: The World Ends With You complete Food list