The payoff to weeks of intense speculation on what's going to happen at Loot Lake has commenced! The event transported you into a different area and there were six available items that had been vaulted in the past: Bouncer, Drum Gun, Plane, Tactical SMG, Grappler, and Infinity Blade. Players were tasked to hack away at the one they wanted to see brought back from the vault! The players have spoken, and they have brought back the Drum Gun from the vault! 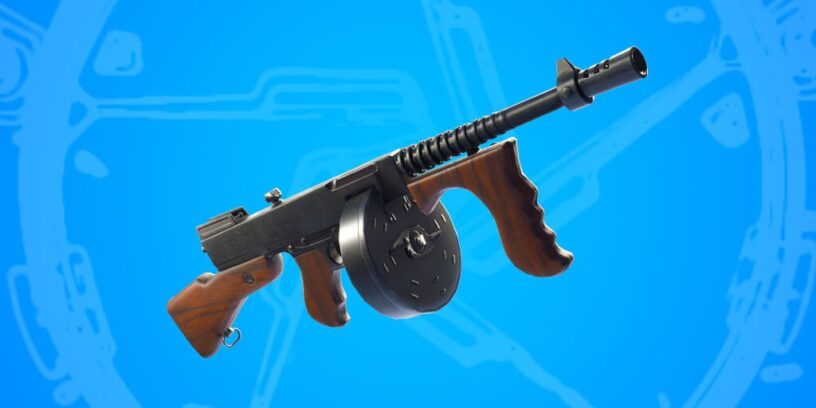 You all chose as one and made your pick. The Drum Gun has been unvaulted.

If you are a competitive player, however, you don't have to worry about the Drum Gun (at least temporarily) because it will not appear in the Fortnite World Cup Online Open Tournament:

The Drum Gun will not appear in the Fortnite World Cup Online Open tournament this weekend. - Source

This vote shows the vast difference between the mindset of a casual player and a competitive player. Most competitive players were either focused on the Tactical SMG or Bouncers and hated the idea of the Drum Gun returning. The casual base, which makes up the majority of players, seems to have loved the Drum Gun and made their voices heard by voting it back into the game.

Once the weapon was released from its enclosure, players were then sent back onto the map where they witnessed the volcano erupt! The eruption caused some casualties, and these were focused on Retail Row and Tilted Towers which have been largely wiped off the map.

If you missed the event, check out this video of it: