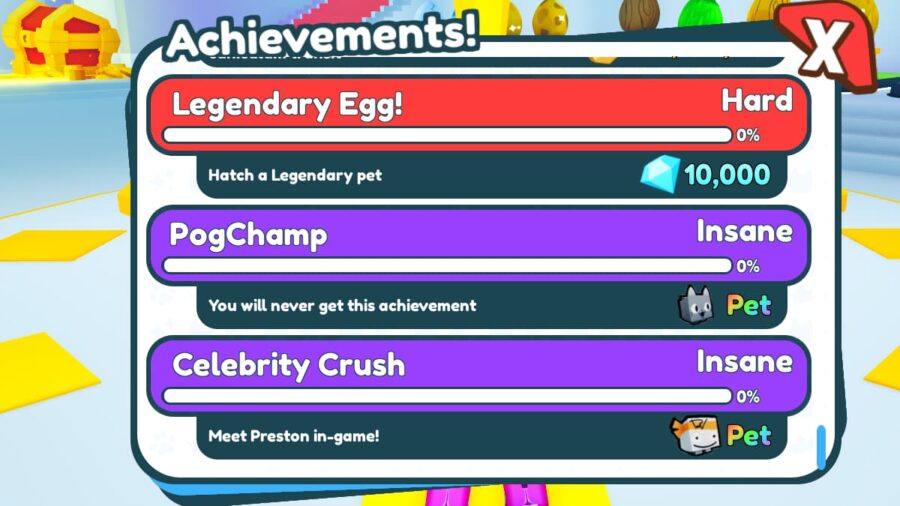 Related: All Pets and Eggs in Roblox Pet Simulator X

It seems some players are taking advantage of the PogChamp achievement mystery and are charging players coins and gems for the answer to the mystery. Do not give anybody in-game money or real-world money in exchange for the PogChamp solution. We're under the impression these people are scamming players for quick cash and don't actually know the answer, which takes the whole fun out of the mystery.

How to get Scholar in Roblox Verdant Moon