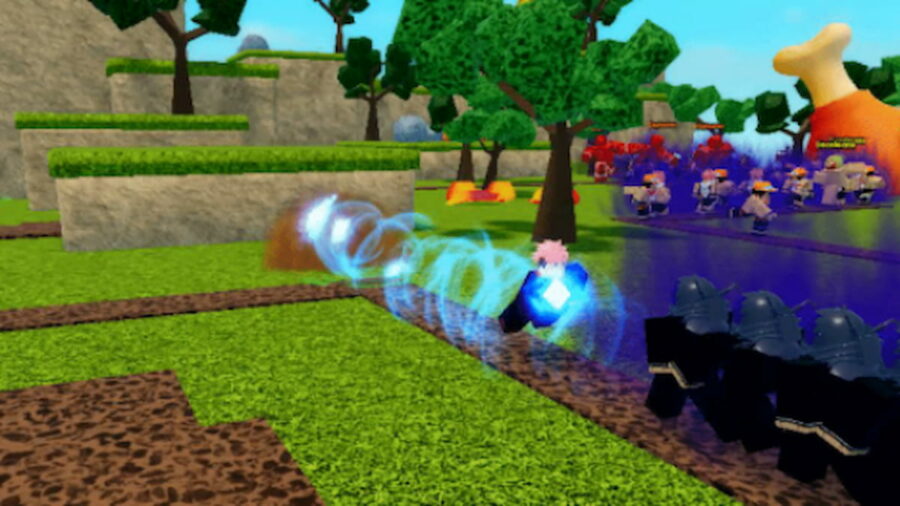 The Curse One is a 5-star unite in Roblox All Star Tower Defense that launched during the Summerfest 2021 event. Inspired by the anime character Yuji Itadori (Jujutsu Kaisen), this unit is a powerful DPS character that is well worth spending your hard-earned gems on. The Cursed One's deployment cost is steep, but it fluctuates from high to low during each upgrade, granting more opportunity to strengthen your unit and cause huge amounts of damage to the battlefield.

The Curse One Stats

During first deployment, The Curse One attacks within a cone AoE. This unit shoots forward with his fist while leaving behind an airy vortex, striking all enemies in his path.

At Upgrade Three, The Curse One's attack evolves into a Circle AoE. With this new ability, The Curse One teleports into the three and shoots an explosive orb at his enemies. Range is greatly increased due to the Circle AoE.

Related: Roblox All Star Tower Defense: Water Goddess stats and how to summon

How to Summon The Curse One

The Curse One unit can only be summoned using the traditional means of obtaining new units: spending gems at the Summoning Gate. To summon The Curse One, press the Summon button on the right side of the screen. Players can pull one Summon for 50 gems or 10x Summons for 450 gems Either way, players should wait for The Cursed One to enter the rotation of six units, since there will be a greater chance of pulling that unit during its rotation.

How to get a pet dragon in Roblox Islands?