As mentioned in the title, this does not start until December 1st, 2020 at 10am PST (search Google for 10am PST in your time). Here's the official description from the hub on Roblox:

Roblox and Ready Player Two author are calling Gunters back into action for an epic treasure hunt that spans seven games and awards thousands of winners with cool prizes. Do you have what it takes to crack the clues and become one of the grand prize winners? There’s only one way to find out.

You can find some more information on the event via the official Roblox Ready Player Two page. 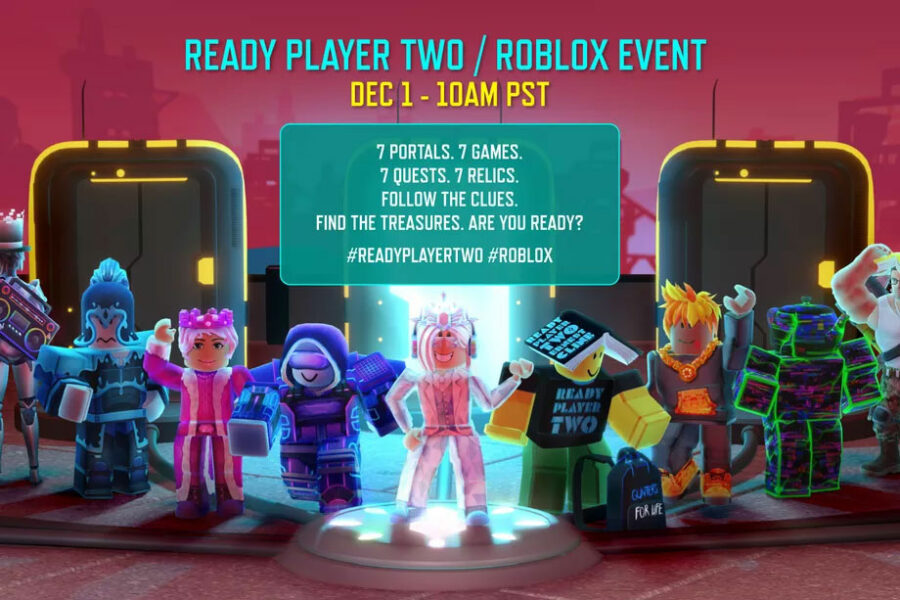 If you're a big fan of the book or movie, you can jump into the hub on December 1st to check out an exclusive Q&A between Ernest Cline the author of the book, and Builderman from Roblox! If you watch this interview, it sounds like they might unveil some clues that should help you solve some of the quests you need to complete.

There are currently three badges that you can earn in the game, and each one is associated with an item in the avatar catalogue. This likely means you'll be able to earn each of the items by obtaining the badges. Here are the badges that are available with their descriptions:

Unlocked by ALL players who collect seven mys7erious relics hidden across Roblox, and return them to the Hub.

Unlocked by the FIRST 77 players who collect seven mys7erious relics hidden across Roblox, and return them to the Hub.

Unlocked by the FIRST 777 players who collect seven mys7erious relics hidden across Roblox, and return them to the Hub.