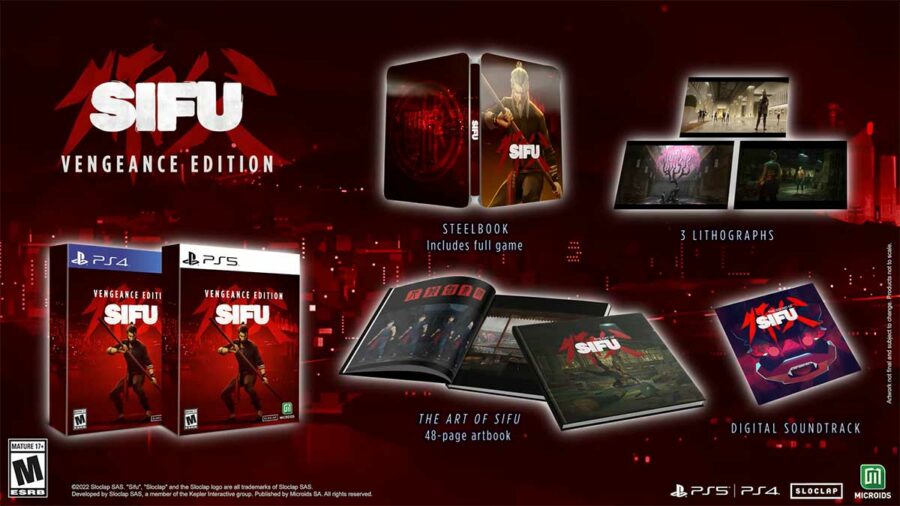 Developer Sloclap announced via its official Twitter account that a physical edition of Sifu is planned. Microids, the distributor of the physical release, will be releasing the Vengeance Edition on May 3.

You can preorder the Vengeance Edition of the game through here.

What comes with Sifu Vengeance Edition?

The Vengence Edition of Sifu comes with the following:

How much will the physical release of Sifu cost?

THe Vengeance Edition should be IS $49.99 and is being sold by most retailers. If you'd like a copy of just the game, you can buy it from these retailers:

The entire set with all of the merch is still not available but we will update this article when it is. It is just taking a while for it to be available for pre-order.

For more news, guides, and info on Sifu, check out Does Sifu have Difficulty levels? and Is Sifu a roguelike? on Pro Game Guides.

Sifu Vengeance Edition: Release date, price, and what it includes