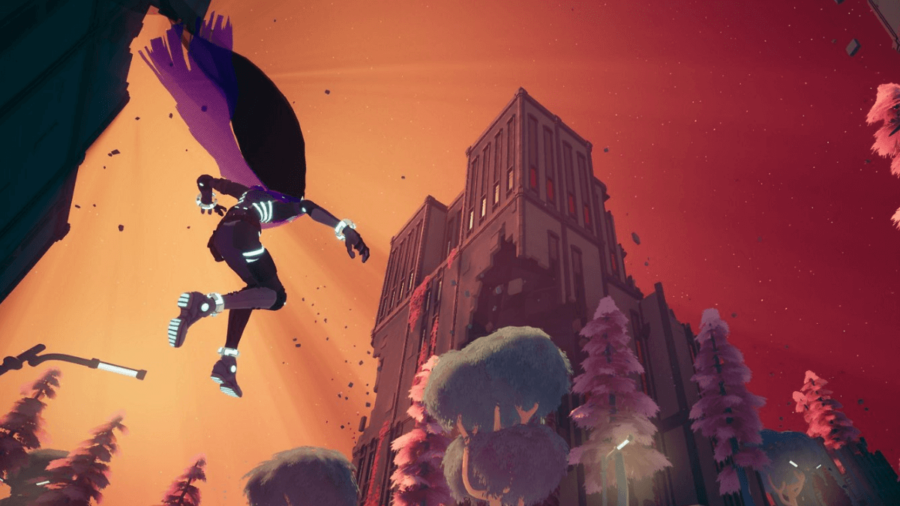 Solar Ash, developed by Heart Machine (creators of the 2016 award-winning Hyper Light Drifter), is an upcoming action-adventure RPG game set in a gorgeously rendered world full of mysterious creatures and landscapes. It was also published by AnnaPurna Interactive, whose games reflect the company's signature futuristic artistry.

The description for Solar Ash on Heart Machine's website reads:

The Void is calling...

In Solar Ash, players will travel across the rifts between words, meet other lost souls, and embark on a deeply emotional journey. Heart Machine's director Alx Preston stated that Solar Ash, which is much more ambitious than Hyper Light Drifter (a game that was inspired by his real-life experiences), "has been about reflection and progress in many ways." He adds that he wanted Solar Ash to transcend "the weight of the struggle into something more hopeful."

Solar Ash is scheduled for a 2021 release. The game will be available to play on PlayStation 4 and 5, as well as Windows. You can now check out Solar Ash's gameplay trailer, which was shown during the Summer Game Fest 2021.

Don't forget to check out our other articles for all your favorite video games here at Pro Game Guides.