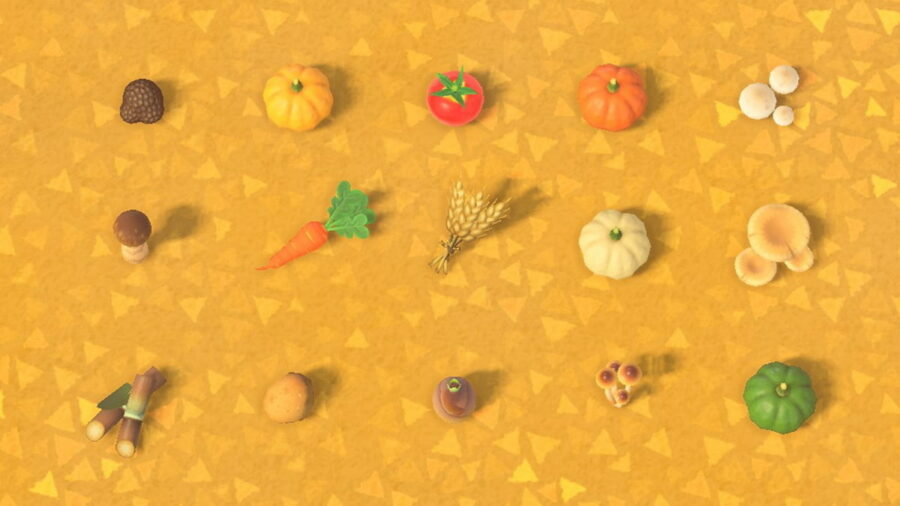 In Animal Crossing, it’s easy to get your basic six fruits, but vegetables and similar ingredients are a little harder to come by. If you are looking to get veggies and similar food to collect or cook with, such as Carrots, Turnips, Potatoes, Mushrooms, and Bamboo Shoots, you’re in the right place. Here is how to get every kind of vegetable in Animal Crossing: New Horizons.

Related: How to get Crops in Animal Crossing: New Horizons

Turnips in the past have mostly been for buying and reselling. As of the 2.0 free update, you can also cook with them! Get Turnips by talking to Daisy Mae on your island between 5am and 12pm on Sunday mornings in your current time zone. They can vary in price from 90 to 110 Bells. However, turnips spoil after a week, so you need to either cook with them or sell them before the following Sunday.

Whether you use Mushrooms to build special DIY furniture or use them for cooking delicious foods like Mushroom Pizza and Mushroom Curry, Players can obtain mushrooms by gathering them from around your island. However, the catch is that they are only available during two months a year: November in the Northern Hemisphere and May in the Southern Hemisphere. Be sure to collect them while you can.

Most crafting and cooking is done with Flat, Round, and Skinny Mushrooms. Only two DIYs each require Rare or Elegant Mushrooms, but players can sell them at Nook’s Cranny for 16,000 and 10,000 Bells, respectively (will vary with Bell Boom ordinance).

Unlike Bamboo or Young Spring Bamboo, Bamboo Shoots themselves are actually a vegetable that you can cook with (if you don't plant trees with them). Bamboo Shoots cannot be harvested from the Bamboo you grow. However, there are two major ways to get Bamboo Shoots. One is to press your luck with the Nook Miles Ticket Mystery Tours. If you end up on a Bamboo Island, you can dig up multiple Bamboo Shoots from there.

The other way to get Bamboo Shoots is from Daisy Mae. You must have purchased Turnips from her on at least three different weeks to be eligible, but once you have, she will mail you three Bamboo Shoots as a thank you every time you buy at least 100 Turnips from here on Sunday. The mail will arrive at 5am on Monday morning.

NOTE: Not all items on this list are technically classified as vegetables, but they all fall into a similar category when used in cooking recipes.

How to Get a Gold HHA Trophy in Animal Crossing: New Horizons

Where to get a Pro Decorating License in Animal Crossing: New Horizons