Animal Crossing New Horizons gives you a whole new island to explore – but not all at once! Many areas of your island will be closed off upon starting your game. Here’s how to open them up so that you and your villagers can explore and build to your heart’s content!

At the very beginning of the game, you’ll be restricted to a single area of the island (as you might have noticed from the game's mini-map) – while you can reach the plaza, airport and beach from here, your route to other areas will be blocked off by the rivers and cliffs cutting across the island. This means that you’re somewhat restricted in where you can build your first house. Residents who join up later will have a little more leeway on where they can place their houses, as they’ll be able to borrow equipment from other players to access these areas. Once a few bridges and ramps have been built the whole island can become accessible, even without the use of any equipment!

You might also see cliffs and rivers blocking access to certain areas on some of the other islands you visit. The same tools you use on your home island will help with these obstacles as well, and will make your island visits more rewarding. 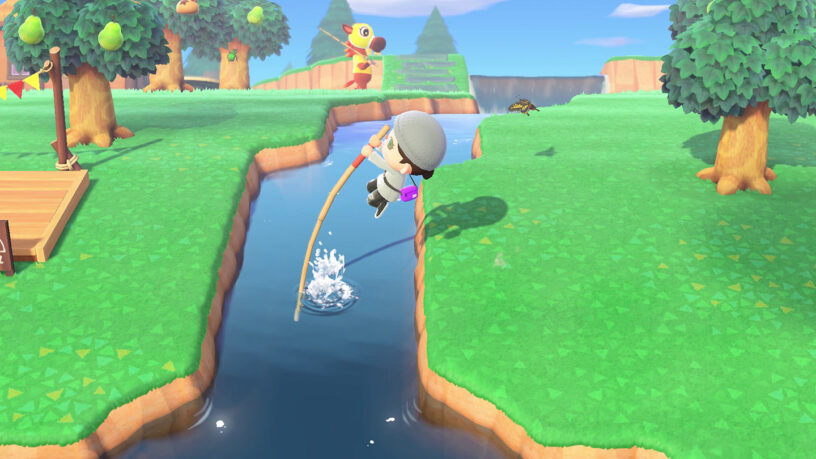 Early in the game, Tom Nook will request that you gather fish and bugs that you find around the island. Give him specimens of five different species and he’ll reward you with a few different features and items, eventually calling up Blathers and asking him to come visit the island. You’ll be tasked with setting up a tent for Blathers to stay in, and he’ll arrive the next day. Once you’ve spoken to Blathers after this, he’ll tell you about his plans to establish a museum on the island, and give you recipes for some new tools so you can help him out. This includes the vaulting pole, which lets you jump over bodies of water like rivers. The pole is equipped like any other tool, so you can now vault any of the streams blocking your path by approaching while carrying the vaulting pole and then pressing the A button. Unlike most other tools, this one won’t break, so you’re free to use it as often as you like without fear of getting stuck. If you do manage to get stuck somewhere on the island (for instance, if you’ve thrown away your vaulting pole), you can still call for a rescue service on your NookPhone to get you back safely.

Similarly to the rivers, the ledges can be bypassed using a tool – in this case, the ladder. This won’t be unlockable until a little later in the game, as you’ll have to have encountered and invited a few animals from islands you’ve visited with Dodo Airlines. Making trips to the other islands to find both animals will require quite a few Nook Miles (2000 per trip, with the first journey being free), so you might need some time to save up.

The second animal’s moving request can’t be completed without the use of flowers as a crafting material, so Tom Nook will give you the ability to craft ladders. With a ladder, you’ll be able to reach the elevated areas of the island and collect the wildflowers growing there, which in turn lets you add more animals to your island. The ladder works similarly to the vaulting pole – it’s equipable and can be used with the A button, while also being unbreakable. 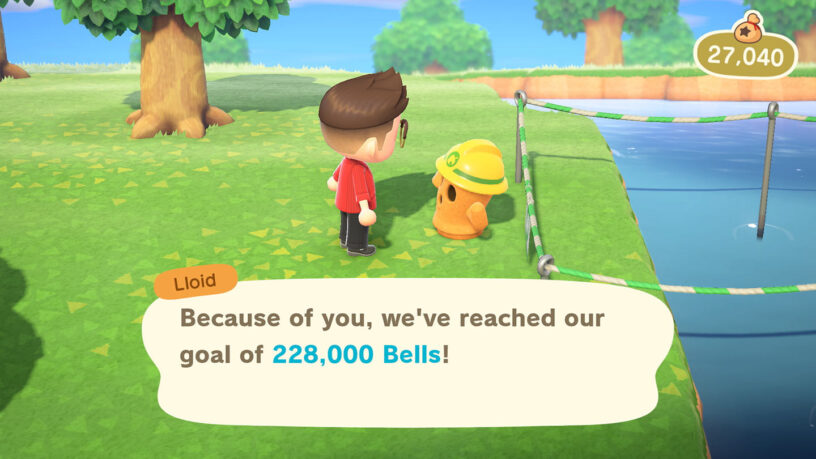 Although you’ll be able to access areas beyond streams or above cliffs as soon as you’ve crafted the vaulting pole and ladder, it’s much easier to find a permanent solution – this’ll also let other animals and new residents cross between different areas of the island. You can start building bridges to cross streams and ramps to access high-up areas as soon as you’ve upgraded the Resident Services tent into a building of its own. Here, Tom Nook will help you with the town’s infrastructure, and you can start new projects to build bridges or ramps by talking to him. These are placed more or less the same way as buildings are, and you can preview each project before finalizing it for construction. Once you’ve started a project, Lloid will appear at the site to collect donations of Bells (from you and any other players on the same island) until a target amount of Bells is reached. The next day, there’ll be a bridge or incline in the location you picked. As only one structure can be built per day, it’ll still take quite a while to make most of the island accessible this way, and you’ll still need to keep the vaulting pole and ladder on hand when making trips to other islands via Dodo Airlines!

Animal Crossing: New Horizons – How to Access All of Your Island!