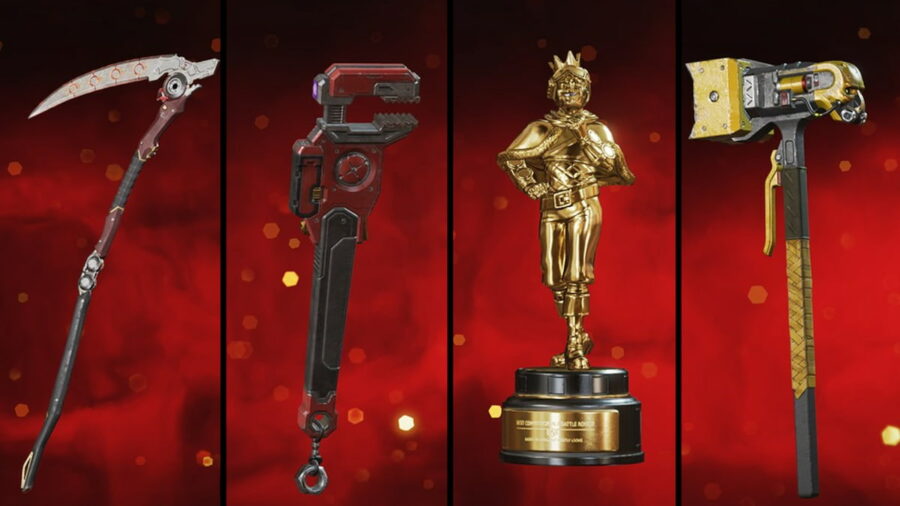 In Apex Legends, there are plenty of different cosmetics you can collect: Weapon skins, Legend skins, emotes, trackers, but none are as sought after as the Heirlooms. Heirlooms, or Heirloom melee weapon skins, are a special cosmetic that gives a character a special weapon to use for their melee attack. The Heirloom comes with unique actions both for the melee, and for idle and running animations.

Related: How to get Heirloom Shards in Apex Legends

Too Much Witt (Mirage Heirloom)

For more Apex Legends content, check out How to use the Challenge Tracker page and widgets in Apex Legends on Pro Game Guides.