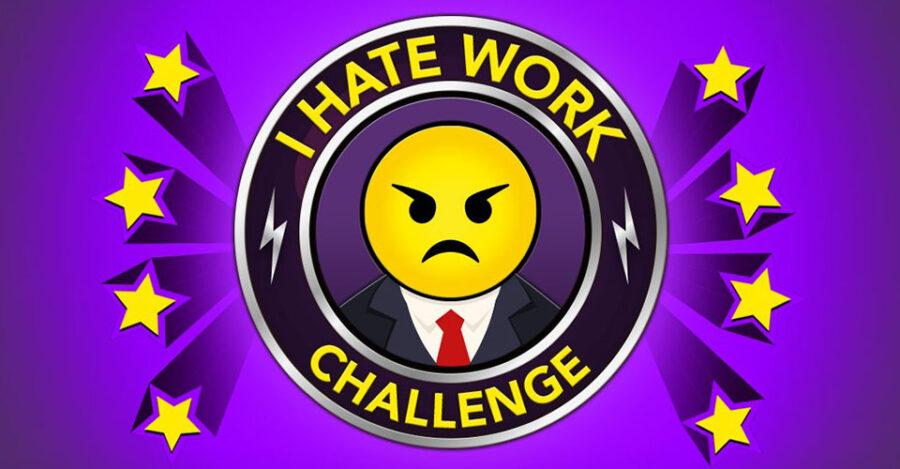 Another brand new BitLife challenge has arrived and it's called the I Hate Work Challenge! We will need to get reported HR, get fired from full-time jobs, and then kill some supervisors to get it done! We've got tips on all of these things in out I Hate Work Challenge Guide below.

And they all thought you were the nice, quiet one who kept to yourself.

Here's a look at the requirements to completing the I Hate Work Challenge:

You can start any character in any location, and your stats really won't matter too much with this one. You really just need to age yourself up until you can get a full-time job. Once you've gotten a job, it's going to be time to terrorize your fellow employees.

I would start out making some money first before going off the rails and starting everything out. You are going to need a little nest egg to complete the challenge. You can do part-time jobs and freelance gigs to earn additional cash. I recommend doing the killing of supervisors first, just in case something goes wrong. This way you can just restart your character without having wasted time.

How to kill supervisors and get away with it

The best way to kill your supervisors is to use a hitman. This option can be found under the Crime tab in Activities. The price varies, so it could be as low as $10,000 and as much as $50,000! This is why it's best to gather up some cash from a job, so you can have enough cash to kill at least three supervisors.

If something goes wrong with the hitman, then just close out of the app completely to reset things. They will sometimes be an undercover cop or could try to extort you for money after they've done the hit! If you don't have much cash, you can also reset to see if you can find a cheaper hitman. Once you kill one of your supervisors, you won't be able to get reported to HR while one doesn't exist at your job. So, you will need to get another job or age up to get a new Supervisor!

You can kill supervisors at the same job each year, or you can move on to other jobs.

How to get reported to HR

To get reported by HR, you can either prank a co-worker, start a rumor, seduce, hook up, or insult them. If your relationship gets too low with one of them, they might start attacking you rather than reporting you. You will want to move on to someone else and do one of the options listed above. I found that seducing your supervisor or trying to hook up with a co-worker to be the most reliable ways to get reported.

How to get fired from full-time jobs

This one is pretty easy because it's going to go along with the getting reported by HR. If you attempt to do all of the things that will get you reported to HR you will eventually be fired for doing them. The easiest way to just get fired is to insult your supervisor. They won't tolerate for too long and will eventually fire you!