Blackout, the Battle Royale mode in Call of Duty Black Ops 4, has areas with ZOMBIE spawns. Our guide will run you through all of the Zombie locations, loot, spawns, special weapons, and discuss the Mystery Supply Stash in this game mode.

Call of Duty Blackout has finally been released! The game is largely the same as the beta, but there's been a few changes to armor spawns and some differences in graphics. There's been a few more weapons added to the game, but other than that it plays very similarly to the beta.

Get better at Call of Duty's new Battle Royale with our Blackout Tips and Tricks Guide!

Zombies do not always spawn at each location. They spawn randomly and with them spawns a Mystery Supply Stash that has a lot of great items. You'll have to kill an entire wave of them to unlock the stash, so be ready for battle! If you are wanting to get into some Zombie action, look for the glowing blue beacon while you are in flight which will alert you that they have spawned there.

Zombies are not inherently aggressive, but they will attack you when you get close or make a lot of noise (gunfire, grenades, etc).

Zombies deal around 10 damage per hit in the early game, so keep your distance and try not to get ganged up by them. As the game progresses, the Zombies are supposed to get tougher and will likely deal more damage and take more to kill.

Learn more about armor and healing in this game mode with our Blackout Armor and Healing Items Guide!

As far as we know currently, you can get two special Zombie based guns from these areas and spawns.

Zweihander is an LMG styled weapon that uses 7.62mm ammunition and has two barrels on the front. This is obviously a powerful weapon that can spam people down quite quickly.

Then there's the Ray Gun. This starts with 20 shots and does quite a bit of damage when you hit someone with it. You cannot find more ammo for this weapon, so once you've used it up then you'll be out of luck. The gun's fire rate is kind of slow, and it has a bit of bullet travel time before the projectile actually reaches its target. It's a better gun for up close battles.

The Cymbal Monkey is a key item that is usable against Zombies. This item only drops in these specific Zombie areas and from Zombies themselves. The bomb when thrown on the ground attracts Zombies and will either blow them up or turn them into Crawlers (Zombies without legs that can still crawl and attack you). You can then easily shoot them when they are on the ground because they won't be able to get to you quickly. This is a good way to save some ammunition, and they are in your grenade slot. You can be hurt by your own Cymbal Monkey, so be sure to stand clear of it if you've thrown one down. 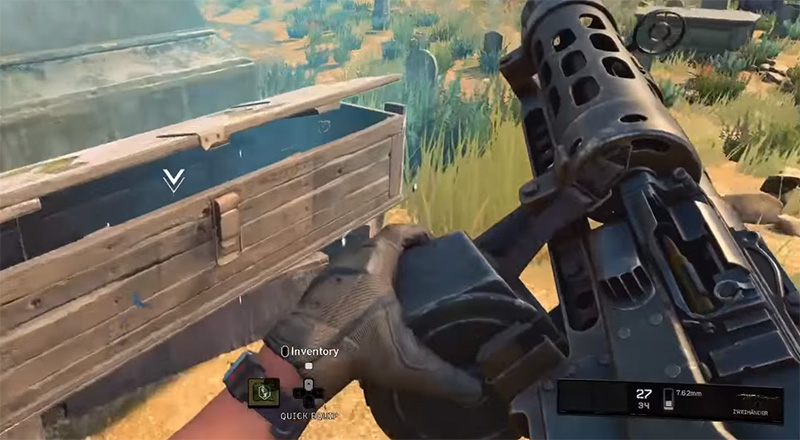 In these Zombie areas you will be rewarded with the Mystery Supply Stash! You are pretty much guaranteed to get at least level three armor which dampens a lot of damage. You also are very likely get a Trauma Kit that will full heal you AND give you +50 extra health that brings you to 200 hp.

Check out some awesome information and gameplay with Zombies from MrDalekJD's video below! 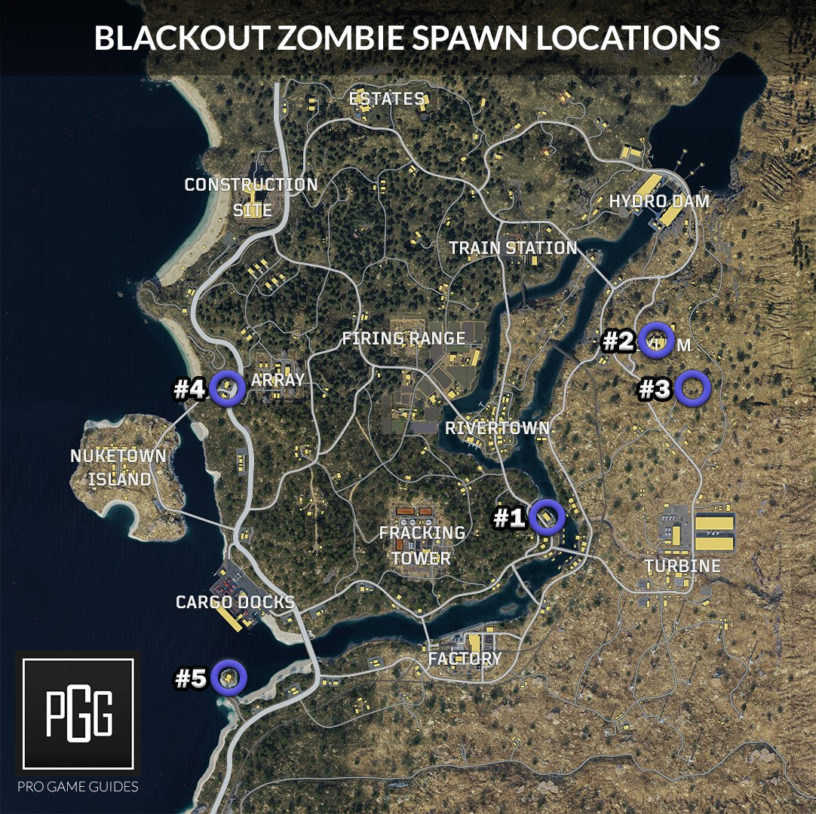 I'm going to talk a bit about each of the spawns. The number corresponds with the list below.

That's everything for now, I will be adding to and updating the information in this guide as the game is updated or we learn more!

Best MAC 10 Loadout and Attachments in Call of Duty Warzone

Best Kilo 141 Loadout and Attachments in Call of Duty Warzone

Best Type 63 Loadout and Attachments in Call of Duty Warzone