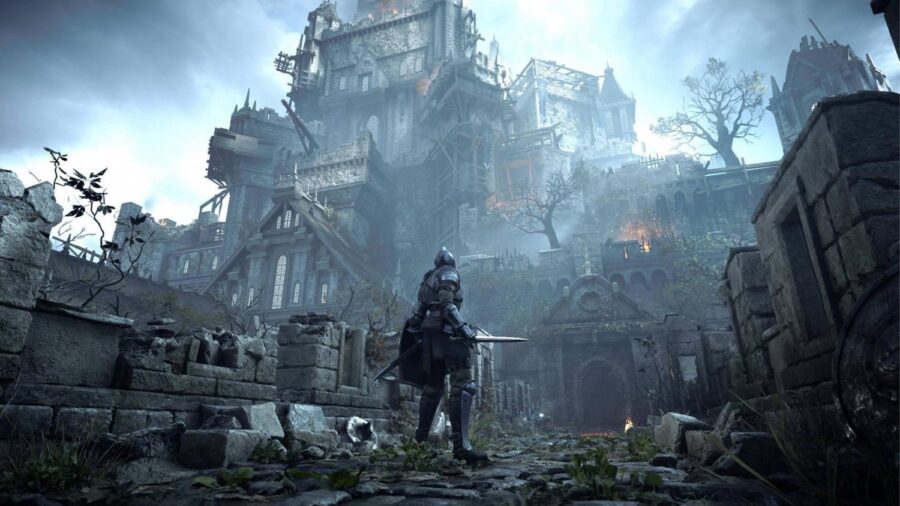 The Soulsborne games have always had a love-hate balance, even more so when it comes to online functionality as there is a good and bad side to everything in the game. There is nothing more stressful than struggling in an area, then being invaded to make the situation 10 times harder!

Demon's Souls PS5 How to Invade

To invade in Demon's Souls PS5, you must use the Black Eye Stone, which is given to you after you kill the first Black Phantom of the game. As an invader, you can only invade people's worlds if they are human, and you are in Soul Form.

Being in Human Form is a gift, but it's also a curse, as being human gives you a bigger health pool, but it also opens up your world to be invaded by other players trying to kill you. As an invader, enemies do not notice you, your main focus is on killing the host, so you are at an advantage. However, if you are being invaded, you have to contend with the game's enemies and the invader.

If you want to invade and murder other players, there is a sort of Soulsborne etiquette that is completely optional, however. Normally, both players, upon meeting, will bow to each other in terms of the duel, and then players will not heal themselves when taking damage. Both of these things are a sign of respect. Remember, this is optional. As if you are in an area you spent ages getting through, with thousands of souls, etiquette can go out of the window.

If you want to PvP against friends, you can use a password system only to join certain worlds! Furthermore, it is recommended to get some decent armor, like the Penetrator Armor Set. Have you heard about Fractured Mode?