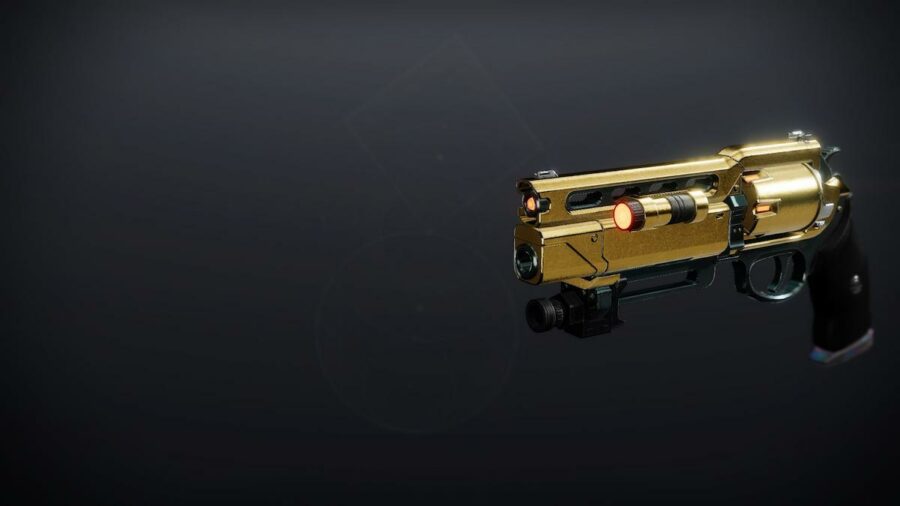 The Fatebringer hand cannon returns in Destiny 2 as a potential reward from the Vault of Glass raid. As a featured weapon in Season of the Splicer, many players want to know the best God Rolls for both PVP and PVE. Below we've provided the stats and the ideal God Rolls depending on the specific playstyle and gameplay situations. Prepare to farm.

Below are the base weapon stats for the Fatebringer kinetic hand cannon.

Tunnel Vision and Kill Clip are especially deadly when paired together in PvP. With Tunnel Vision, reloading your weapon after a kill grants Fatebringer improved target tracking and aim down sight speed, in other words greatly assisting the player's aim. On top of that already powerful perk is Kill Clip, which increases Fatebringer's damage when reloading after a kill. Of course, the stats for this God Roll depend entirely on that first kill and how long you're able to stay alive thereafter. Survive until the next enemy and you'll notice the advantage.

Related: Destiny 2: Hung Jury Best God Roll, Stats, and How to Get

Fatebringer's magazine and reload speed stats are targeted with this God Roll. The Appended Mag perk increases the magazine clip for extended shooting, but Rewind Rounds essentially provides an automatic reload. Of course, the amount of ammo automatically reloaded depends on how many hits you've landed with the hand cannon. But, so long as you've landed a hit with your final bullet, the Rewind Rounds perk should activate. If all else fails, Firefly increases reload speed as you land precision shots while also causing targets to explode.

How to get the Fatebringer Hand Cannon

Players will have to grind the Vault of Glass raid in Destiny 2 to get the Fatebringer hand cannon. This weapon only drops from the Templar and the Gatekeeper encounters, aka the third and fourth encounters, respectively. Fatebringer is a random drop, so players are not guaranteed this weapon the first time they've beaten Vault of Glass. A third reroll is provided by spending Spoils of Conquest after the final encounter by opening the chest. Of course, obtaining a God Roll relies on even more luck, so players should expect to farm Vault of Glass multiple times until they receive the ideal stats.