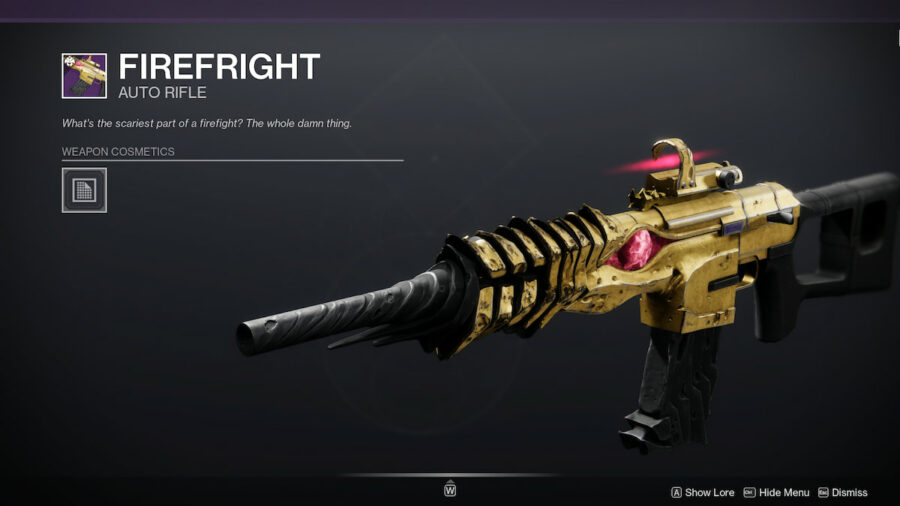 Calus and his Leviathan are back in Destiny 2. To celebrate this glorious occasion, the deposed Emperor has brought a host of new and returning weapons for Guardians to play with. Firefright looks and feels amazing to use, but its perk pool isn't all that great. Let's see how we can maximize its potential.

Speaking of Calus, it's not too late to earn the Fan Triumph. All you have to do is collect all of the Calus Bobbleheads spread across the Derelict Leviathan.

How to get Firefright in Destiny 2

Firefright drops from the Derelict Leviathan, can be focused from Umbral Engrams at the H.E.L.M., and can be crafted once five patterns of it have been extracted.

Related: How to get the Seven of Seven Emblem in Destiny 2

For more Destiny 2 goodies, check out The complete story of Destiny 2 Season of the Haunted (so far) on Pro Game Guides.