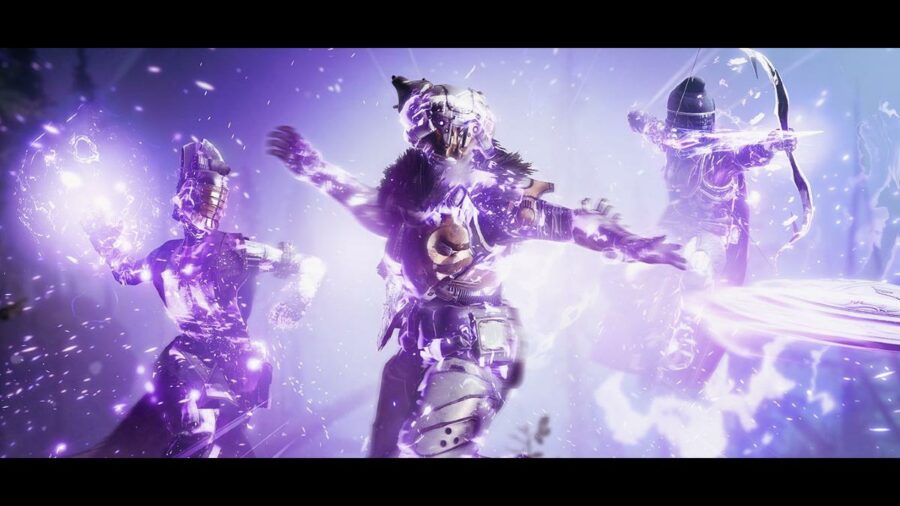 Destiny 2 is entering its fifth year with the launch of The Witch Queen, and with it comes a complete overhaul of the Void Subclass. Bungie is referring to it as Void 3.0, and it will rebuild the Void Subclass to operate in the same way that Stasis does. Here is everything we know about Void 3.0 abilities in Destiny 2.

Just like with Stasis, you'll earn Aspects and Fragments to customize your subclass. This introduces much more flexibility than before, where you basically have three options for what your build can be. There will be Void abilities that spread across all three classes. However, each class will still have some abilities that are unique to only them. Things such as different grenade types or melee attacks will become available in every class.

Here are the Fragments that we have seen so far:

We also got a look at a few of the Warlock's Voidwalker Aspects:

Fortunately, upgrading your Void Subclass will be done by using currency at the Tower. This is much preferred over the method of Stasis where you had to complete long chains of quests to unlock more options. At this time it also looks like players will still have access to the three different Void Supers that they are currently offered.

So there you have it, that is everything we know about Void 3.0 so far. Bungie is playing their cards close to the chest and not revealing too much when it comes to the rework, though it is clear that this new system allows for some unique and powerful Void builds that utilize various grenades and melee abilities that they might not have had access to before.

For more Destiny 2 guides, check out How does weapon crafting work in Destiny 2: The Witch Queen, explained right here on Pro Game Guides.

Everything we know about Void 3.0 abilities in Destiny 2