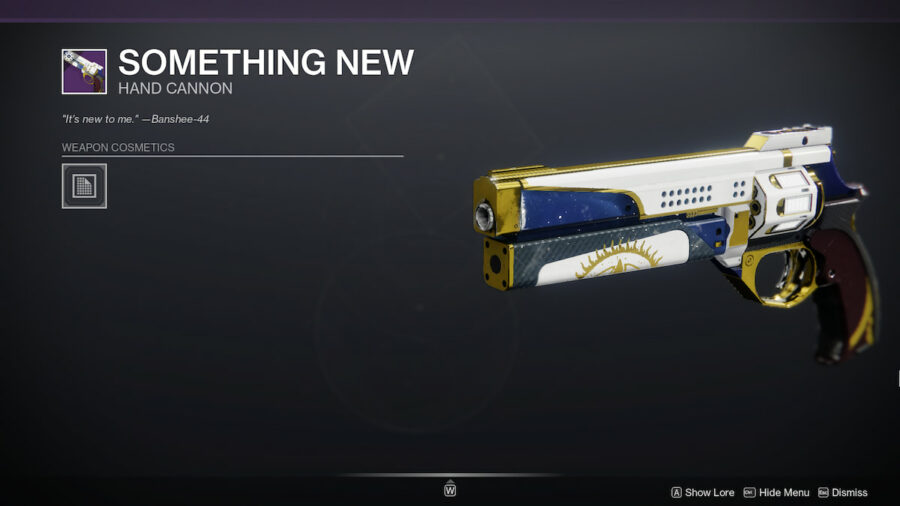 It simply wouldn't be an event in Destiny 2 if Bungie didn't introduce a new weapon or two. For this year's Solstice, Guardians have a chance at acquiring a beautifully crafted hand cannon, Something New. It joins the Compass Rose, which reprises its appearance from last year's Solstice of Heroes. Here's how you can acquire the Something New hand cannon in Destiny 2.

Where to get Something New in Destiny 2

The Stasis 120RPM hand cannon, Something New, is acquired by participating in the Bonfire Bash event for the duration of Solstice 2022. For a better chance at getting it to drop, Guardians should take out as many Ignitors as possible during the activity to bolster their drops.

Related: Destiny 2 – How to get Silver Leaves and Silver Ash in Solstice 2022

Solstice is a beautiful-looking hand cannon that can roll with some choice perks, making it quite the prize for running the already engaging Bonfire Bash. It comes with the Dream Work Origin Trait which is described as: "Once per reload, assists or assisted final blows partially refill the weapon from reserves, potentially overflowing the magazine."

How to get Something New hand cannon in Destiny 2