Our Destiny 2 Shadowkeep Deathbringer Quest Steps Guide will walk you through everything we currently know about this Exotic Rocket Launcher. We've got a full look at all of the quest steps, and will be featuring a list of the perks and weapon features. 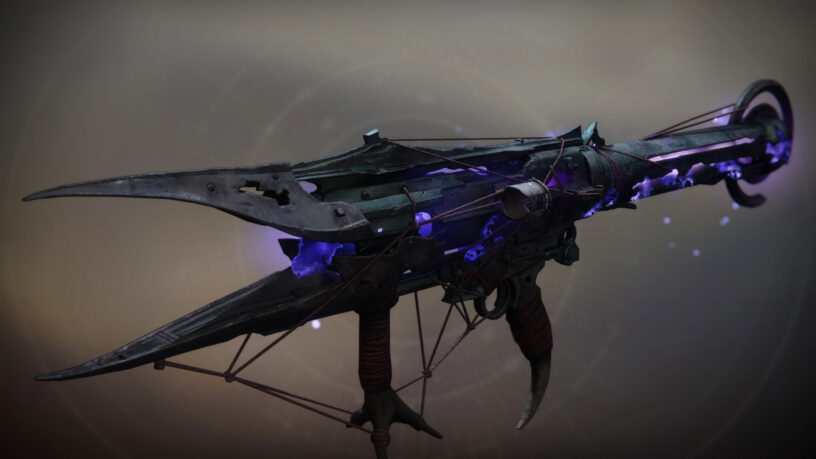 Equip this weapon ornament to change the appearance of Deathbringer. Once you get an ornament, it's unlocked for all characters on your account.

We'll have an image of how this looks as soon as we can!

"Sing them a lullaby of death and nothing more."

"The Song is the antithesis. The Song is destruction. The failure to master the harmonies of life has birthed the anti-creation—the sullen frequencies of ruin. Those sweet melodies carry with them more than death—a rending of spirit and mind, a flaying of the physical self till nothing remains.

"The beauty of the cascading notes. The imperfect inflection of their tune… There has ever been, and will ever be, art in creation. So too in the act of annihilation—erasure and bittersweet finality. This is the Song's truest gift…

"In its wake, once the echoes have rung their last, there is only silence and the grand splendor of nothingness.

"Thus is the Song an end, and those who join its Choir are death, and nothing more."

You will first need to complete the Shadowkeep campaign! After that, talk to Eris and look for the Lunar Spelunker bounty. This requires you to loot chests in 3 of the Moon's Lost Sectors (don't do the one at Sorrow's Harbor). Once you complete that, you will be given the Firewall Data Fragment. That is used to complete the quest called Memory of Sai Mota which you will already have. Take that fragment over to the K1 Revelation Lost Sector. 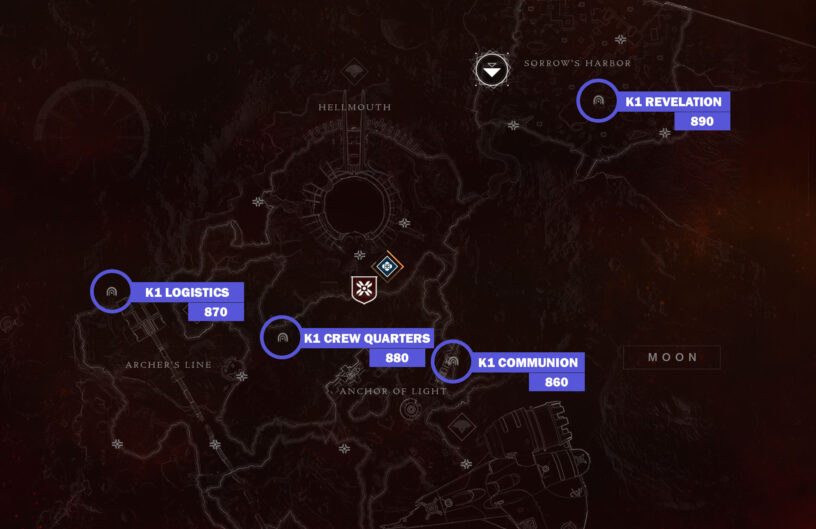 Once you've completed the K1 Revelation Lost Sector, you will want to look for the following tunnel entrance: 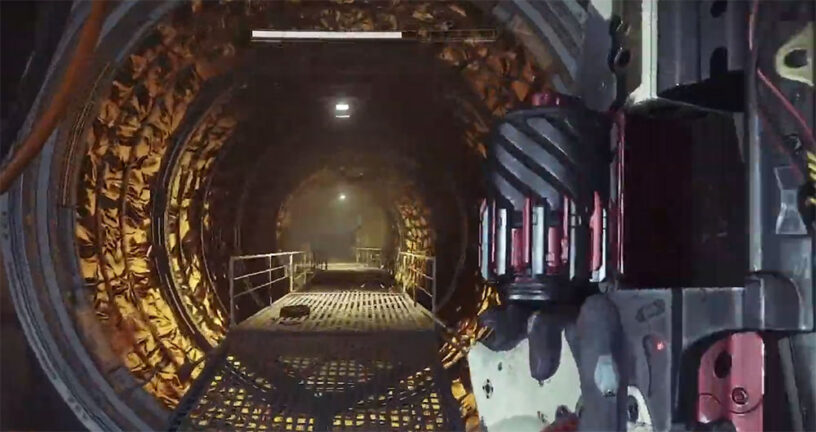 Go down that hallway and you will run into some glass doors. You will be asked to input the Firewall Data Fragments which will open up the door. Inside that room, you will obtain the Sai Mota's Broken Necklace. You will now need to collect Necklace Scraps, which can be obtained by defeating Nightmares on the Moon with Arc abilities. Sorrow's Harbor is going to be the best option for this, and you should see quite a few Nightmare enemies in this area. Once you've completed that, go back to Eris at Sanctuary (she's through the green portal) and loot the chest next to her. This will trigger the actual start of the Deathbringer quest!

Here's a look at all the quest steps you'll need to complete to obtain the Deathbringer.

Step 1: Faculties of the Skull

Eris Morn believes the Hive's wicked science can be turned against them. Help her investigate the Circle of Bones beneath the Moon.

"The Hive are a festering sickness. A living plague of bone and suffering. But there are methods through which their affliction may be turned against them." —Eris Morn

The Circle of Bones area is part of a quest that can be found on your map in the Hellmouth area.

Your understanding of the Hive's Deathsong has only just begun. Take the Silent Skull to Eris Morn.

"The skull is silent, but its hollowed bone hides secret knowledge. The channels etched within its hard palate and jaw were engraved over centuries by her terrible song, like water carving stone." —Toland, the Shattered

This is simple, just head to Eris and show her the Silent Skull.

Collect bones from public events near the Hellmouth, the Lost Sector K1 Revelation in Sorrow's Harbor, and a wandering Bone Collector on the Moon.

"Gather wicked bone to serve as the conduit for your wretched symphony. Through the fetid marrow, new frequencies will be discovered—new horrors… And you… their willing conductor." —Toland, the Shattered

Back to another Lost Sector, you can find it on the map:

Complete a public event near Hellmouth, and then look for the Bone Collector. He spawns in the Anchor of Light area, so look around this area. He's a special named enemy that you will need to find.

Enter the Scarlet Keep strike and slay the High Conductor, Sulmâkta, within.

"The Singers' melody, sung through gnarled throat from cracked lung, is but a weapon like any other—nurtured by the will of a sinister witch. Sever the head of the High Conductor, whose temporal bone is a dark mirror of the Singers' carved palate." —Toland, the Shattered

This is just a normal Strike, so load it up in your menus and complete it.

Record your enemies' screams. Defeat base combatants to record discomfort. Defeat elites and minibosses to record pain. Defeat bosses and other Guardians to record anguish. Screams gathered on the Moon count more.

"And with their screams, we shall map the language of pain and scrawl a new masterpiece—the vile sheet music of damnation, a strange, new song of bloodied ear, carved flesh, and shattered bone, so that their symphony of torment may be turned against them." —Toland, the Shattered

Time to murder a whole lot of enemies! Farming Lost Sectors is a good way to kill red bar enemies. Killing the yellow bar Ogre enemies in Sorrow's Harbor will complete that part of the quest for you.

Step 6: Choir of the Damned

Fight your way into the depths of the Circle of Bones, survive the Aria, and defeat the Deathsinger, Ir Airâm. Then, bring her skull to Eris Morn.

"The wicked one who would see the Deathsingers' Choir reborn has been heard in the depths. It is her song—unique in its sorrow—that will complete your mastery of symphonic arcana. Survive the Aria. Survive the depths and her wretched melody, and then collect one final instrument: the Singing Skull of Ir Airâm." —Toland, the Shattered

You will now need to do the Symphony of Death mission which has a recommended power level of 920. Go through that mission and kill the named Wizards that spawn around the area. They sing a Deathsong, which requires you to alleviate them of their shields before a time goes off which will kill you! Finish that mission, and you will head back to Eris Morn to complete the quest!

Step 7: A Death of Nightmares

Bring the Singing Skull to Eris Morn to complete your terrifying new instrument of war.

"The skulls have been gathered, and the final instrument set to join your symphony… the eroded grooves upon their jaws, cheeks, and palates providing the secret frequencies of the hallowed Deathsong. Its mysteries are now ours to bind and enslave. Its power is now yours to inflict at will. You are choir and conductor. You are, as ever, death." —Toland, the Shattered

Go back to Eris and she will reward you with your brand new Deathbringer!