We're taking a look at the Komodo-4FR Linear Fusion Rifle, which is one of Destiny 2: Shadowkeep's new Ritual Weapons that can be obtained in the Season of the Dawn! You'll need to complete a small quest to obtain this brand new Fusion Rifle. 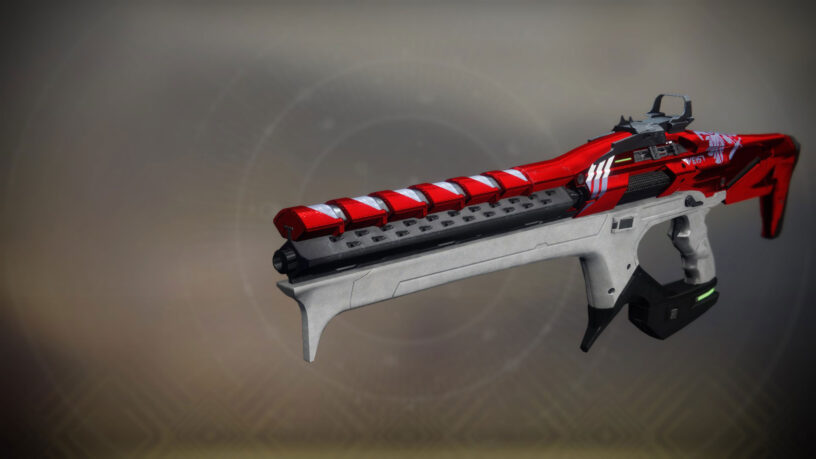 I await the perfect moment and watch my enemies decay.

I await the perfect moment and watch my enemies decay.

The Crucible. Where legends are born. It's intimidating, to say the least, but it's also an honor to be here—to participate in building better Guardians.

I could hardly believe it when my Ghost woke me. Now, stepping foot on the hallowed grounds of the Rusted Lands for the first time, I'm overwhelmed with pride. I'm here and ready to make a mark.

The round opens with a total assault from the competition and I… just panic. I run, seeking cover. I watch from a distance as my fellow Guardians are mowed down. I'm not as prepared for this as I thought, but my cowardice pays off. I see them regrouping down the line. I ready my Rifle. This is my chance.

Footsteps approach from behind. I turn to meet them and run face first into the bloom of a triple Solar round burst.

"Your fight has just begun, Guardian. Get back in there!" Lord Shaxx bellows.

I'll do better next time.

If you want to earn the Komodo-4FR Linear Fusion Rifle, you'll need to head on over to Lord Shaxx and receive the Heart of the Dragon quest:

Complete the following objectives in Crucible matches to receive the Komodo-4FR.

"It takes more than grit to succeed here. It takes heart." —Lord Shaxx

Once you've completed those objectives, you'll just need to return to Lord Shaxx at the Tower and receive your reward!