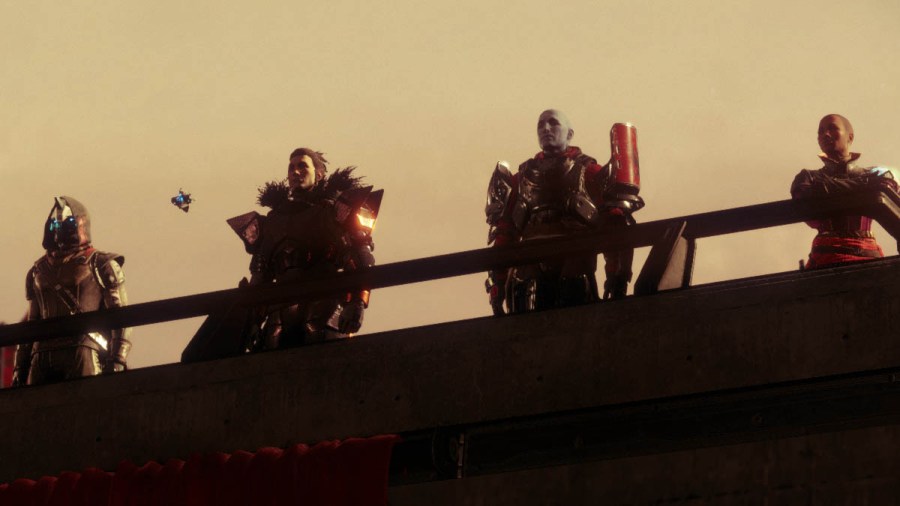 Every day, Guardians run throughout the Tower, bathed under the Light of the Traveler. They see familiar faces like Commander Zavala and Ikora Rey handing out bounties on priority targets in the system and rewarding those who return victorious. In fact, one of the three pillars of activities revolves around the Vanguard. So just who are they?

The Vanguard are Guardians that represent the very best of their respective classes. They coordinate the defense of the Last City and organize attacks on enemy strongholds, in addition to overseeing the mentoring of newly risen Guardians. The primary function of the Vanguard within Destiny 2 is to hand out missions that are carried out in the form of Strikes or Nightfalls.

Zavala is the current leader of the Vanguard as a whole in addition to being the Titan Vanguard. He took the position after the previous Vanguard, Saint-14, was lost in battle with the Vex. Stalwart and dedicated to those in his service, Zavala shoulders the immense responsibility of protecting the Last City while handling the delicate diplomatic relationships with new allies like Empress Caiatl and House Light.

Related: What is the “Which Witch” Challenge in Destiny 2?

Ikora Rey, a devout student of the Speaker and the Traveler, oversees the Warlocks as their Vanguard. She is the closest to a spiritualist that Guardians will find and her belief in the Traveler and the Light is absolute, despite being tested several times over. She wields immense power and respect from both colleagues and enemies alike.

The Hunter Vanguard position is currently vacant. Unlike the Titan and Warlock Vanguard posts, which are elected, the Hunter Vanguard is filled by a dare. After the untimely death of Cayde-6, many Hunters fled the Last City not wishing for the responsibility to fall on their shoulders. This position has seen the most turnover as the Hunter Vanguard has a penchant for dying or going missing. With no one stepping up, Cayde's pet chicken, Colonel (AKA "Pigeon Lord") holds the honorary title.

Who are the Vanguard in Destiny 2?