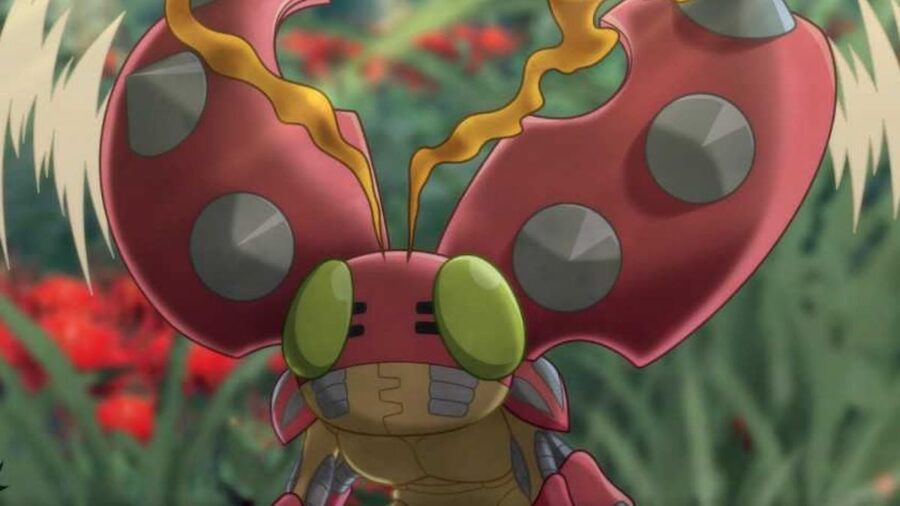 If you’re on a mission to complete your Digimon Library in Survive, then Tentomon could be one of the few creatures that are missing from it. Tentomon is an easily missable Digimon you can recruit in Digimon Survive. Here’s your guide to inviting Tentomon over to the good side.

A Tentomon can be recruited during Part seven. Even though nobody is around the area, you need to visit the Shrine during Free Action and examine one of the flower clusters on the left side. Agumon might prompt you to use your camera, allowing you to discover an injured Tentomon.

Takuma will ask himself how he can make Tentomon understand that he’s not out to harm it. Respond with Come with us? to successfully invite it over. No battles will be triggered during this event. The game will prevent you from the Shrine after this segment, so don’t forget to go back for Tentomon at this time. Tentomon will also leave after part seven.

Related: How to Befriend Every Digimon in Digimon Survive – All Answers

Tentomon is a Vaccine-attribute Digimon with a focus on mobility. It can evolve into three Champion-level Digimons (like Kabuterimon) with a Mature Enlightenment Slab. However, its Champion forms should be recruitable in later chapters of the game. Tentomon's level will be at around eight to 10, so if you’re looking to use it in major battles, equip it with learning crystals and grind in Free Battles before pushing the story forward.

Then again, Tentomon isn’t the only Digimon you can miss while playing the game. In part ten, you have the opportunity recruit Tentomon, Gomamon, and Palmon, during the second half of your Free Action. Speak with Agumon to trigger the event.

For more help with Digimon Survive, take a look at some of our other posts here at Pro Game Guides.

How to recruit Tentomon in Digimon Survive