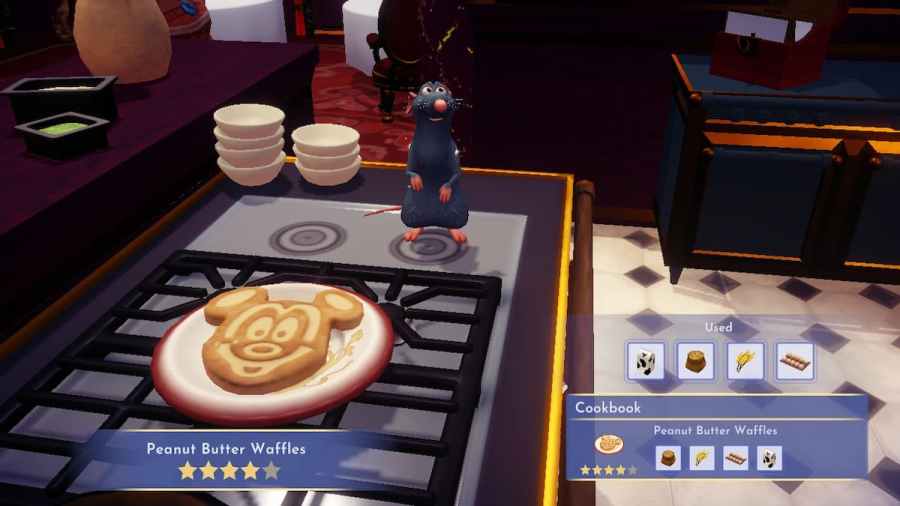 To make some delicious four-star waffles, you need four ingredients. These are:

Aside from the wheat, which can be purchased or grown from seeds acquired at Goofy's Stall in the Meadow, all of the other ingredients for this dish are found in Chez Remy. Eggs and milk are located in the kitchen shop. This is also where you will find peanuts once they're unlocked.

To unlock peanuts, bring Remy's friendship to level four. This will unlock the quest called Remy's Recipe Book, which is a fairly short quest that has you searching the valley for his forgotten tomes of food knowledge. You'll pop back into his realm at the quest's end to grab a bag and return peanuts to the valley.

Once you've unlocked the peanuts, pick them up in the kitchen alongside the eggs and milk. Toss your peanuts, milk, egg, and wheat into the pot and cook them together with a piece of coal. The resulting meal is a waffle topped with peanut butter deliciousness.

How to make Peanut Butter Waffles in Disney Dreamlight Valley