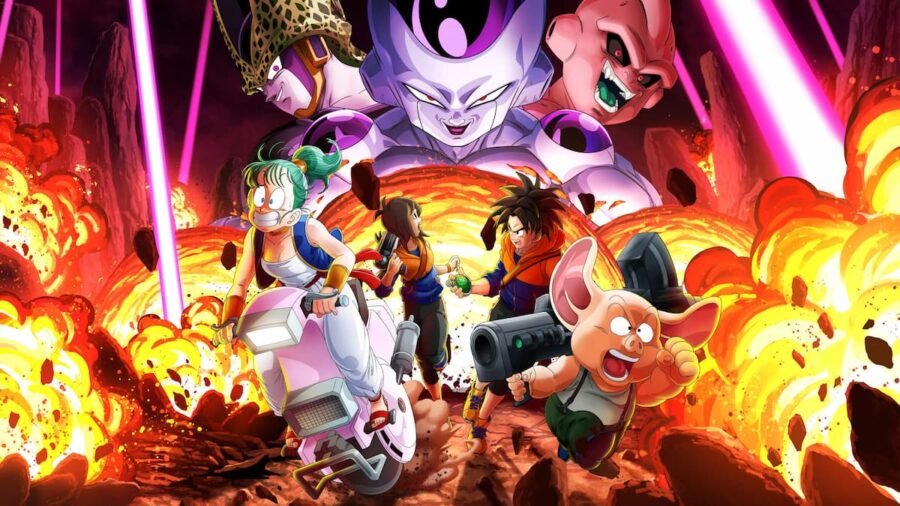 Bandai Namco has just announced a new Dragon Ball game is in development. This is Dragon Ball: The Breakers, an asymmetrical multiplayer game where players take the role of survivors and raiders similar to games like Dead By Daylight or Evolve.

Survivors play the role of citizens caught in a Temporal Seam and must resist and escape the raider. The Raider is a powerful enemy from another timeline that must hunt down the survivors while getting stronger the longer the match goes on. The objective for the survivors is to break out using the Super Time Machine.

The game features a large map with destructible environments. The first raiders in the game will be Frieza, Cell, and Buu, and will likely play a little differently from one another. There are customization options including skins and perks. There are also various items players can find such as grappling hooks, vehicles, and weapons.

No official release date besides 2022 has been given, but Bandai Namco has confirmed Dragon Ball: The Breakers will release on Xbox, PC, PlayStation, and Nintendo Switch. This is a surprise for Dragon Ball fans, but one certainly worth keeping an eye on!

Is the Dragon Ball FighterZ server down?

How to sign up for the Dragon Ball: The Breakers closed beta?

When does Dragon Ball: The Breakers release?

How to Get Zeni (Money) in DBZ: Kakarot