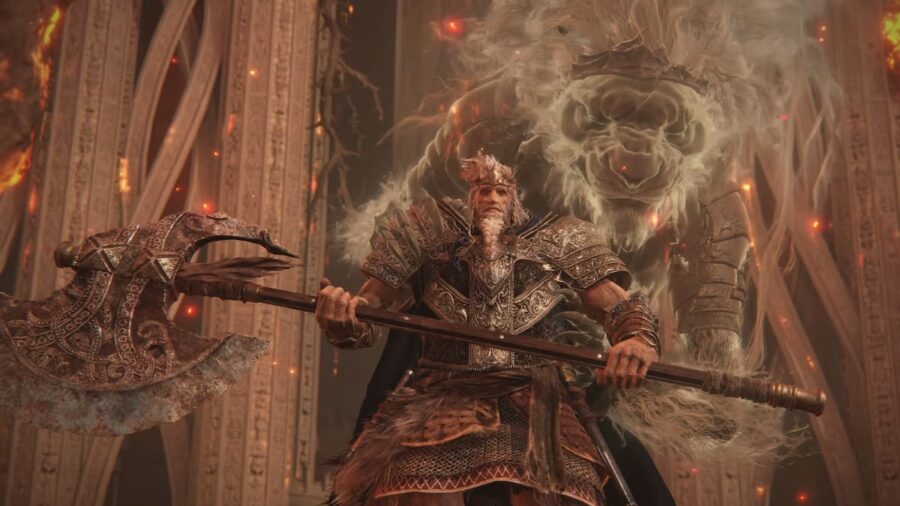 Eliminating demi-gods in Elden Ring is far from easy, but players will be rewarded with the enemy's Remembrance. It is a key item that can be used by players to buy the demi-gods' armaments, acquire their weapons, and also learn their unique skills. The Remembrance of the Hoarah Loux is one of these items that grants players the special skills of the First Elden Lord.

Players can acquire the Remembrance of the Hoarah Loux by defeating Godfrey, First Elden Lord. He is located at the Elden Throne and will appear after players burn the Erdtree. After acquiring the Remembrance, players can use the item in the following ways:

Visit Finger Reader Enia at the Roundtable Hold to buy these items by using Remembrance of the Hoarah Loux. Players can also duplicate the Remembrance by visiting any of the Walking Mausoleums that they haven't used before.

You can also buy the following armaments from Finger Reader Enia without using Remembrance of the Hoarah Loux:

Related: What to do after defeating Morgott the Omen King in Elden Ring?

The Axe of Godfrey is the perfect weapon for players who are running Strength and Dexterity builds. The weapon's special skill Regal Roar allows players to raise attack power while sending out an unguarded shockwave. You can also perform a lunging slash by using the Strong Attack.

Similarly, the Ash of War: Hoarah Loux's Earthshaker can be applied to any melee weapon. This grants an armament with Heavy affinity, and players can use its special power to unleash multiple shockwaves that disbalance the enemy.

Wondering how to reach Mountaintops of Giants? Check out How to get the secret medallion to use at Grand Lift Rold in Elden Ring on Pro Game Guides.

Elden Ring – What does Remembrance of the Hoarah Loux do?