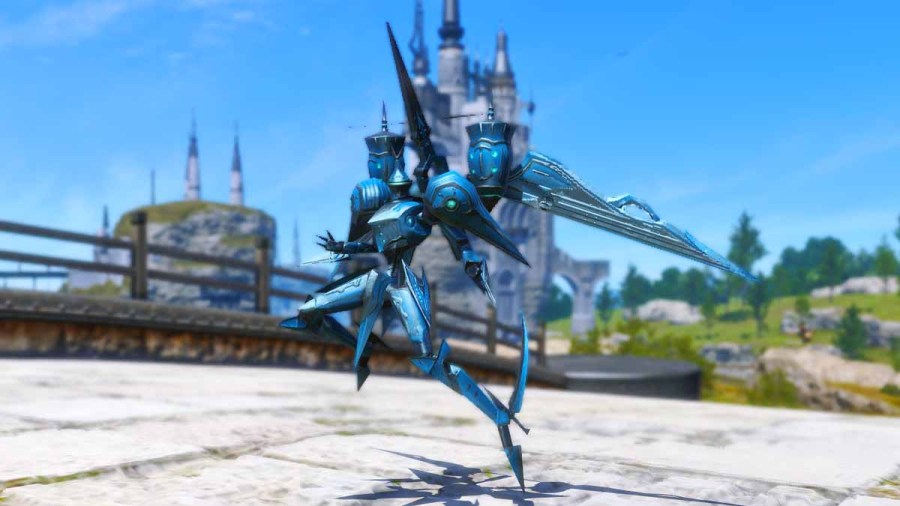 Robots of all shapes and sizes are inherently cool. Despite being a fantasy MMORPG, Final Fantasy XIV recognizes this and has included all manner of mechs, robots, and clockwork minions. One that's catching eyes and turning heads is the Clockwork Cerulean Chaser. Here's how to add it to your ever-expanding minion collection.

Where to find the Clockwork Cerulean Chaser minion

The Clockwork Cerulean Chaser minion is obtained upon reaching level 15 in the Series 2 Malmstone PvP event. Series 2 began with the launch of Patch 6.2 and didn't have a specified end date. Series 1 ran from Patch 6.1 to 6.2, and Square Enix has said previously that each Series would run the length of a patch cycle. So, there's no time like the present to jump into PvP and add this adorable little pseudo-Gundam to your minion collection.

Related: How to get the Lynx of Imperious Wind Mount in Final Fantasy XIV

Keen-eyed users will recognize that the minion resembles the Cruise Chaser Mount. The mount was inspired by the memorable battle inside the mighty Alexander. It's still a popular item in the Final Fantasy XIV online store and makes quite the entrance when it transforms between its two modes. Those not willing to drop $30 on a mount can now settle for a tiny blue version that can actually accompany them throughout their travels in Eorzea.