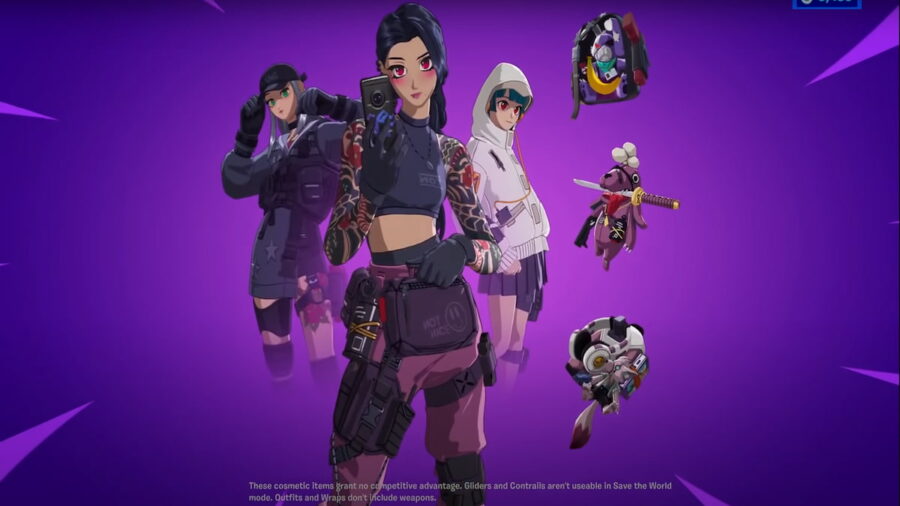 Fortnite Chapter 3 Season 1 is scheduled to start on the first week of December, and fans can expect new anime skins coming to the item shop soon. The Naruto collaboration added the recent batch of anime outfits added in Season 8, and fans can expect more crossovers like this in upcoming seasons.

Epic Games conducted an in-game survey to identify which anime outfits are most wanted by the Fortnite community. We have compiled a list based on this survey, and here are the most popular anime skins that might arrive in Fortnite Chapter 3.

Amuro Ray was one of the iconic anime characters highlighted in the survey run by Epic Games. He is the protagonist of Gundam, and it will be interesting to see if the developers add this outfit with a mech variant to complement his suit from the manga. Amuro Ray definitely tops the list of anime characters coming in Fortnite Chapter 3, especially after mechs have returned.

Whis from the Dragon Ball series was also in one of the surveys run by Epic Games back in May 2021. Fans have requested the developers to add Goku and Vegeta from the start of Chapter 2, and it seems that at least one character from the Dragon Ball universe will join Fortnite soon!

A majority of the Fortnite community has requested Epic Games to release a Saitama skin. The One Punch Man's growing popularity might lead to inclusion in Fortnite Chapter 3 Season 1. Although he was not on the survey list, Saitama's stands on top of the community list for new anime skins.

Perhaps the most eccentric character in My Hero Academia, Katsuki Bakugo, is one of the anime skins fans want in Fortnite Chapter 3. Epic Games teased Katsuki's addition in the survey, and community artists have created several versions of the character as fan art.