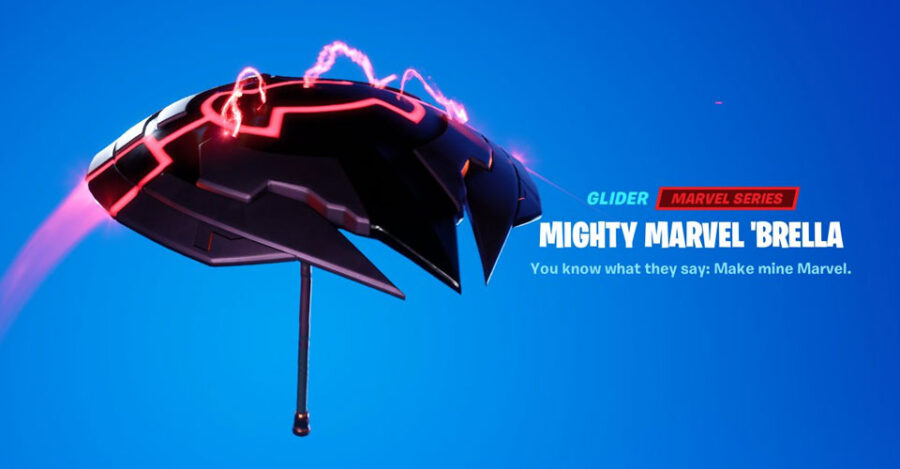 Each new season of the Battle Pass brings in a brand new umbrella you can obtain if you are able to win a game of Fortnite. Thankfully, you don't only have to do this solo, you can win in duos or squads as well. So, if you aren't the greatest player and you want the glider, you can maybe get carried to victory by a friend or random group of players.

The Chapter 2 Season 4 win glider is the Mighty Marvel 'Brella! This is a pretty interesting looking glider, it's got dark grey and black with some bright red lights that glow and even have red electricity running through them.

As mentioned previously, you will need to win a game at some point during the season to earn this umbrella. While you were able to create your own glider last season, it looks like we aren't getting a customizable cosmetic this time around. So, if you want a pretty sweet glider that represent the season, you might want to try to nab a win so you can add this to your collection!