One of the big parts of every season of Fortnite is the pretty large changes to the map that happen. We got an entirely new map in the first season of Chapter 2, and in the recent season we were flooded with water, which made things quite different for a period of time. The floods eventually subsided and left us with some pretty interesting new POIs. With the next season nearly here, we thought we'd take a look at what we currently know about the Fortnite Chapter 2 Season 4 map!

There really isn't much detail about the map right now, but we do have some tidbits of information that point to some of the areas that will likely be changed in Season 4. All of this is very much up in the air, but if you're curious on what's possible then we've got some information below.

The Helicarrier is the lobby area where you wait for a game to start! You can glide around the location by jumping into the hovering propeller location. 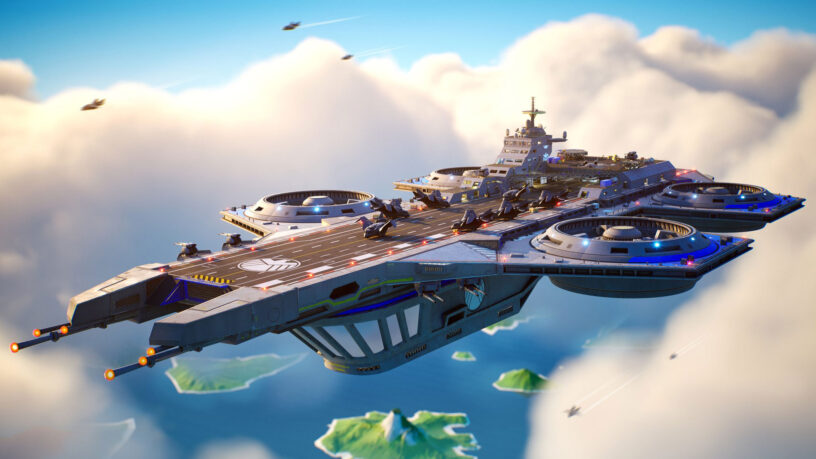 Doom's Domain looks particularly creepy and will make a fun place to hang out on Halloween! 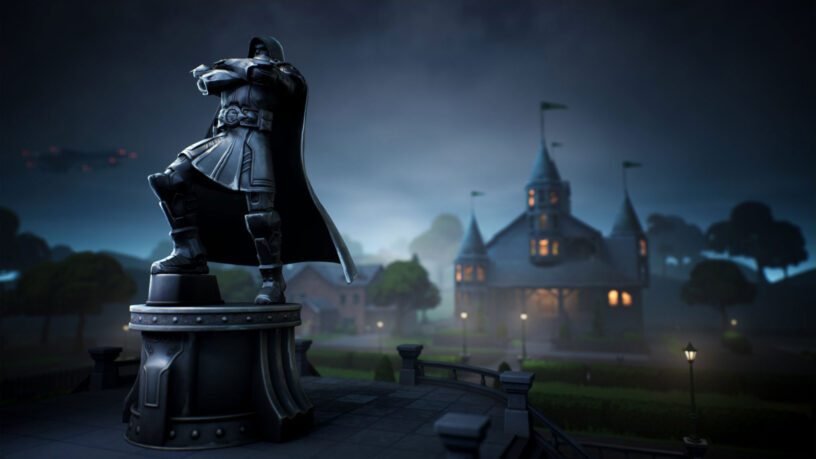 The Sentinel Graveyard shows some common enemies of the superheroes laid to waste! 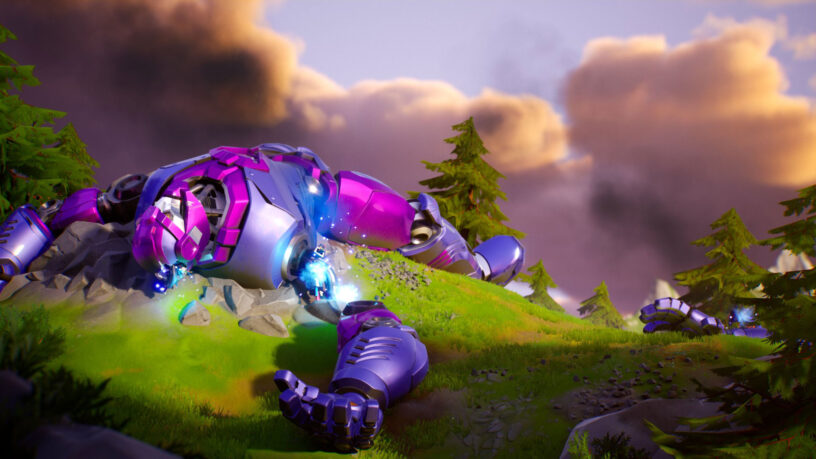 Not a lot of changes have been made from the previous map it looks like, but it's obvious that The Agency is a new place. We will also be getting some kind of floating area that the team of superheroes will be occupying. I hope to have more information soon! 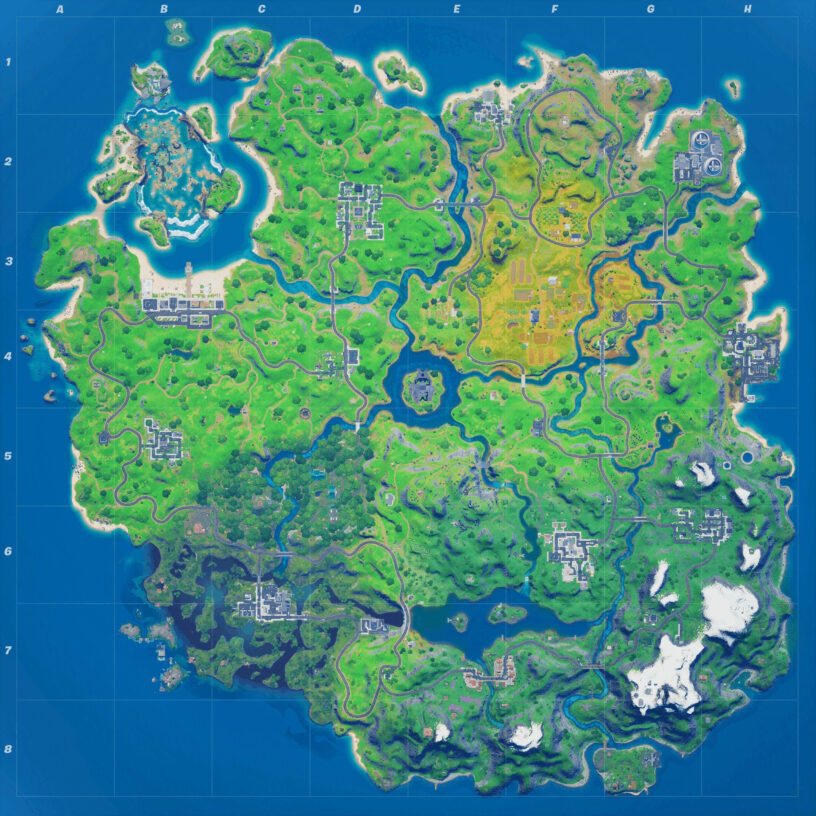 The final stage of the Season 3 map gave us the brand new northwestern location of Coral Castle. A lot of the southwestern part of the map was submerged for the majority of the season, which makes me think it's more likely we get changes to the eastern side of the map. Frenzy Farm and even the mountain areas to the south could do with a bit of refreshing. Pleasant Park, Salty Springs, and Retail Row are all classic locations, but they feel a bit on the old side and could possibly see some change. 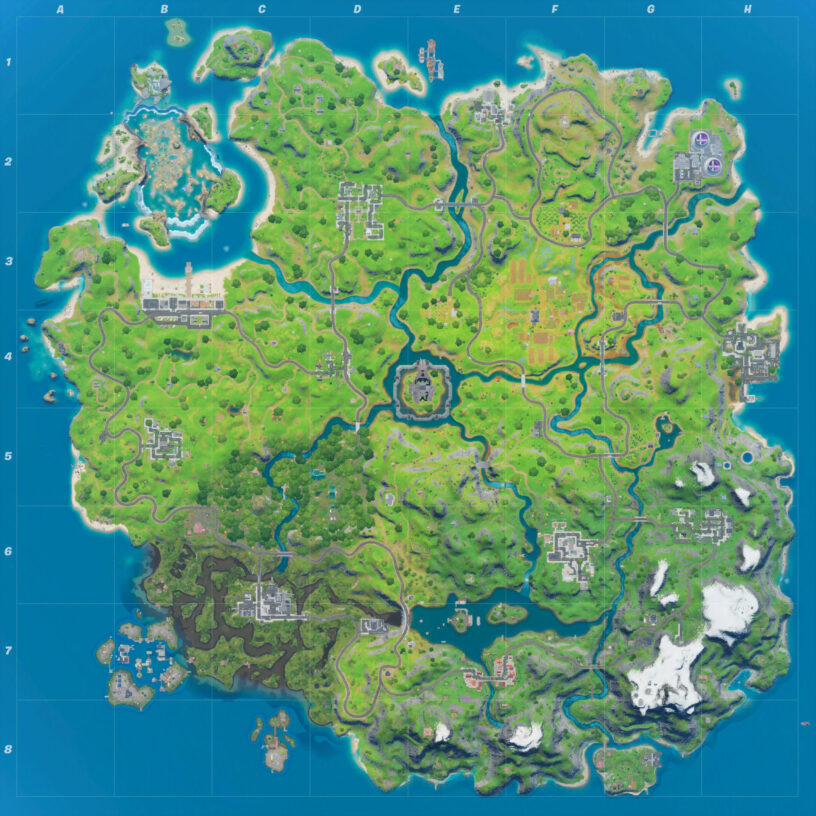 What could possibly change on the map in Chapter 2: Season 4? 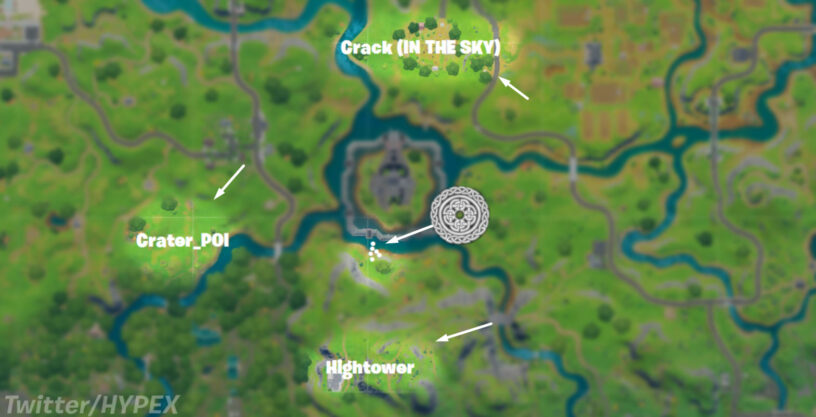 The crack/rift in the sky is actually not where it is shown on the image above. It is more to the southeast of the map in the mountains. Credit to HYPEX for the map images. 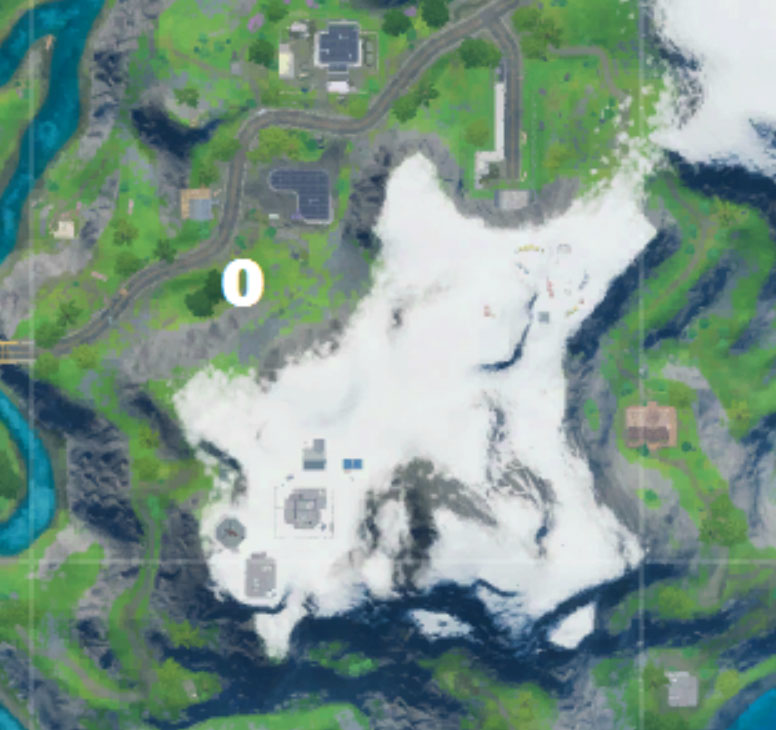 This is near Catty Corner, but it is also near the **REDACTED** location that has been oddly sitting dormant for the last few seasons. Will this finally be the event that triggers it to become part of the storyline? We'll just have to wait and see what happens.

The area where the "Hightower" is going to be added is just south of The Authority, and could be a major new POI if things in the event are centered around that location. The area is pretty vacant for the most part, and could stand to be changed up.

While this is purely speculation, I wouldn't be surprised to see some kind of big car racetrack added to the map. This would work well with the newly added cars, and could allow for some fun times to be had with friends if you want to roll around the track in a Mario Kart-esque fashion. I'm still waiting for Epic to add projectiles to the cars and turn it into destruction derby of some sort.

Staying on this kind of thought process, the addition of desert would be welcome as we're still in the midst of summer in North America. Barreling around the desert in some kind of four-wheel drive vehicle would be another fun thing to have in the game!

That's all of our speculation and information that we have for now! We will be updating this guide with additional details as soon as they are available.

You can also check out everything else we know about this upcoming season in our Season 4 Leaks post! We also have a look at what you can expect in terms of cosmetics in our Season 4 Skins guide.