Our guide to the Double Barrel Shotgun features damage, stats, how and where to find, and tips for how to utilize this new weapon in Fortnite: Battle Royale!

While what is dubbed as the "spam meta" continues to rage on, it looks like Epic is going back to its roots and introducing a new Shotgun. This Shotgun is a bit different than the ones we currently have in the game. Instead of having to switch back and forth like you did with the double pump, this time you will just be able to fire off two quick shots without having to switch. The downside to this, however, is that you will need to reload after those shots go off and the reload is very slow. 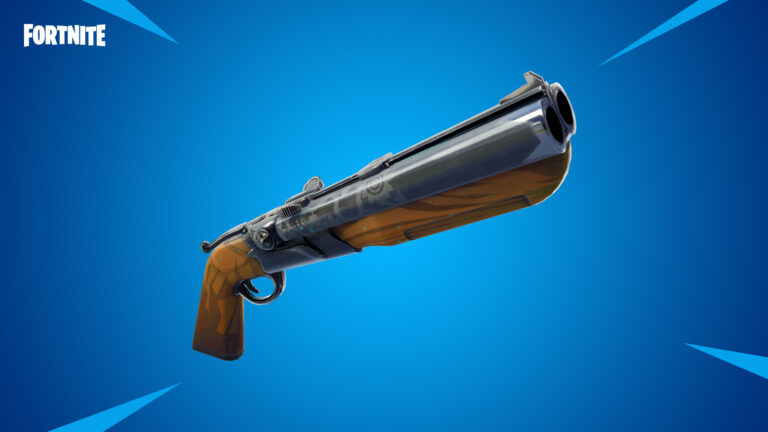 The Double Barrel Shotgun was released on August 7th, 2018!

Update: Damage of the Double Barrel Shotgun was nerfed in the 6.0.0 patch.

The Double Barrel Shotgun does 114 base damage in its Epic variant, and 120 base damage with the Legendary. This is specified at extreme CLOSE range. The spread is extremely large with this gun, so this is meant for extremely close up fights. However, this does a lot of damage even if you land a body shot!

It fires 10 pellets like all the other shotguns, but the spread is much larger and it has a lower critical damage multiplier (1.25x). It also has heavy fall off damage at distance, you want to be right next to your target with this thing. It also has the same 2 second cooldown time when swapping to another weapon.

It can found in Chests, Supply Drops, and Vending Machines for the most part, but if you are lucky you'll find it as floor loot as well!