While we wait for the inevitable meteor that has been hovering over our heads in game. A new weapon has been added to Fortnite, and it's the Light Machine Gun (LMG)! We've listed all of the current information about this new weapon below.

Where does a gun like the light machine gun fit into the game? It can't compete too directly with the minigun, unless they plan to vault it in favor of this gun. It's likely going to compete for your assault rifle spot, but it will ultimately depend on how accurate the gun is and how much damage each bullet does. However, due to the slow reload times, it's likely you'll need to switch to another weapon in longer fights rather than waste your time reloading it. I can see this gun being good in squads to put on pressure while your teammates aggressive push on your enemies.

Check out our guide to the Best Guns in Fortnite! 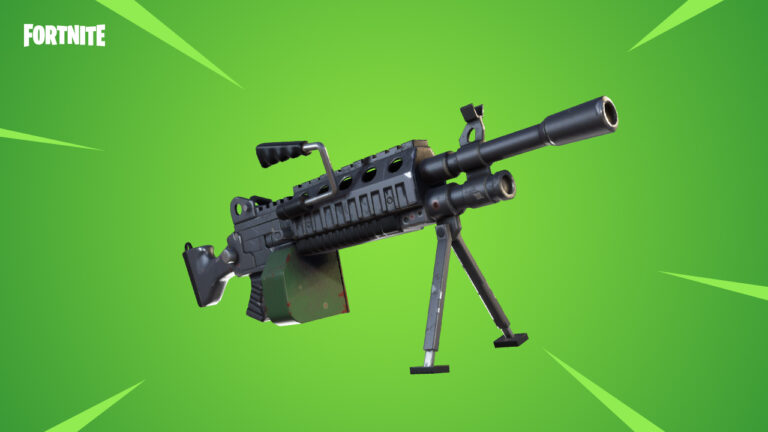 The light machine gun uses Medium ammo and has a 100 round magazine with a 5 second reload time.

The light machine gun comes in rare and epic versions, and can be found in floor loot, treasure chests, and vending machines!

These are obviously going to be very speculative, so take these with a grain of salt until we can actually get our hands on the gun.