Our Fortnite Scoped Revolver Guides runs you through where-to find and how-to use this interesting new addition to your arsenal. We also go over damage and stats so you'll best know when to use this new weapon, and we have tips and tricks so you can take advantage of any hidden ways to slay your enemies.

Pistols are actually in a pretty decent spot right now. While the regular pistol is still pretty poor, the suppressed pistol is still a solid weapon in the right hands. Also, the hand cannon has found a place in a lot of loadouts now that it can be used to destroy structures efficiently and pop heads at a longer distance. It's a bit surprising to see a pistol being added to the game due to the recent unvaulting of the dual pistols. 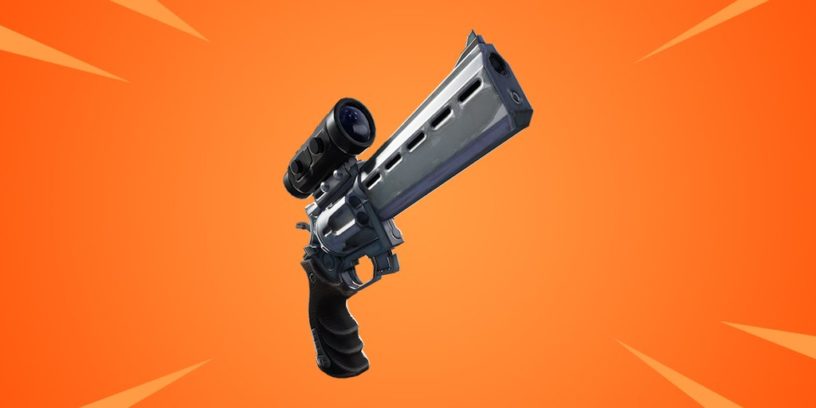 The Scoped Revolver was released on Tuesday, January 15th 2019.

The Scoped Revolver comes in both Epic and Legendary variants. It fires Medium ammo and does 42/44 damage per shot to the body. Headshots do 84 and 88 damage, so you won't be one shotting anyone in the early game.

You'll be able to find these from floor loot, chests, supply drops, and vending machines.

How to get the Predator’s Cloaking Device in Fortnite

Play with your Fortnite Twitch Heroes in the first Skrmiish Challenger Series Event!