Firefly Jars were found in the files once Season 3 was launched, but they weren't added to the game yet. In a hotfix patch, it appears they can now be found! These are a bit confusing because they aren't really like other items in the game, so we're taking a look at how to get and use Firefly Jars in Fortnite!

We don't know a lot of things for sure right now, because there's not a lot of information about the Firefly Jars. However, here's what we have a fairly good idea about right now:

When they spawn, you'll see about four of them flying around in a small area. You can go up near them and hold the collect button to bottle them up and create the item. 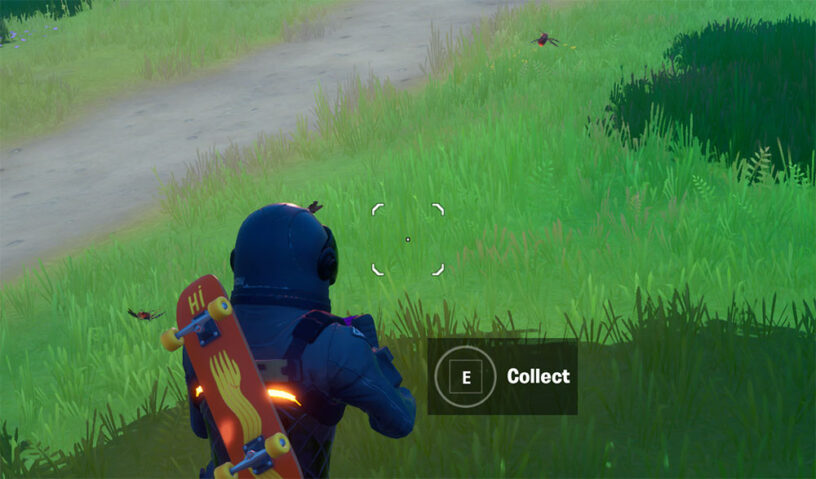 They aren't scared of you or anything, so you don't have to sneak up on them. They are fairly obvious when you see them, the flies will flicker with orange light and buzz around.

Once you have a jar, you can throw it like any grenade or throwable item. It has a pretty good range, so you can wing it from fairly far away. It burns up any wood item that is nearby and the fire will spread to other nearby wooden structures. This will sometimes destroy the item of what it has ignited, but it can take some time before this happens. The fire does damage players, including yourself! So, you will want to avoid the flames as much as possible.

If you think a player has one of these, then you'll likely want to make sure you switch your building materials to something other than wood. Wooden builds can be destroyed by the flames, so this gives incentive to players to utilize their other materials. If you notice you're in a night based match, then you'll want to play extra carefully and avoid getting burnt up!

That's all we know now about the Firefly Jars! If we get more details about them, they'll be added to this guide. If you have found information about them, let me know in the comments so I can add it to the post.