Our Fortnite Season 10 Overtime Challenges (Out of Time) Guide features a look at all of the currently available information on challenges, rewards, and when they are going to be released! If you're unfamiliar with these challenges, they do this at the end of each season for players to earn some extra styles for skins and hopefully finish up their battle pass.

The Out of Time Mission will be available from Tuesday, October 8 at 9 AM ET until Sunday, October 13 at 2 PM ET.

Will You Get the Next Season for Free?

Very unlikely. If you remember Season 7 and the first set of Overtime challenges, they rewarded you with a free season of the battle pass for completing them. In Season 8 and 9, they brought them back again but just gave additional styles and some cosmetics. That is most likely going to be the same case here, but I've been wrong before!

Fortnite Out of Time Guide

Dealing damage to opponents and searching chests are simple enough, I would just head into Team Rumble and complete those! Don't forget to use Party Assist to make some of the challenges easier.

You will need to find both the Floating Island and Retail Row tape to complete this challenge!

You'll need to find wherever the island is floating currently to grab the tape. The location of it is on the north side in front of the lobby.

The tape is in the truck that is parked out in front of the building to the east side of the map! 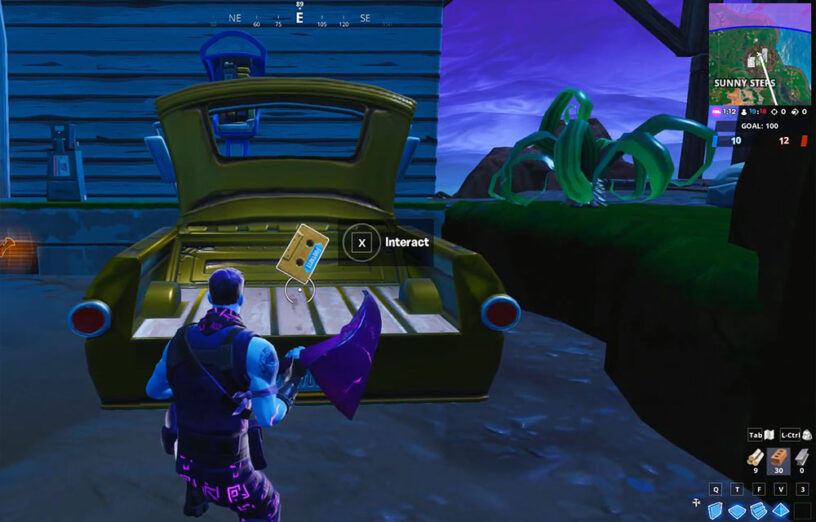 Head on over to Retail Row and the eastern most buildings that are sometimes referred to as the black tops.

Go inside of the southern most of these buildings, into the one with all of the bookshelves. Run up the stairs and you should see the tape on the carpet. 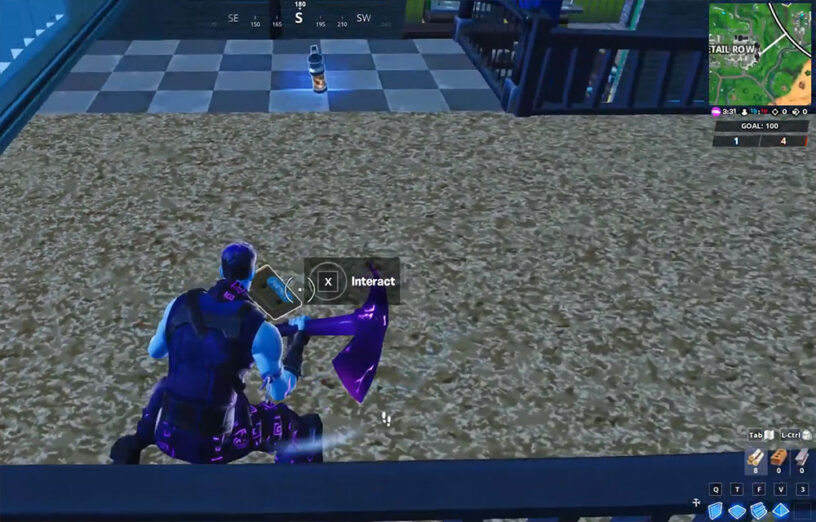 Collect the Visitor recording in Moisty Palms and Greasy Grove (1)

This next tape is on top of the hotel in Moisty Palms. Make sure to watch out for props, players could be hiding as anything!

It's right on the roof, so make sure to land there. You'll see it on the white brick that goes over the building. 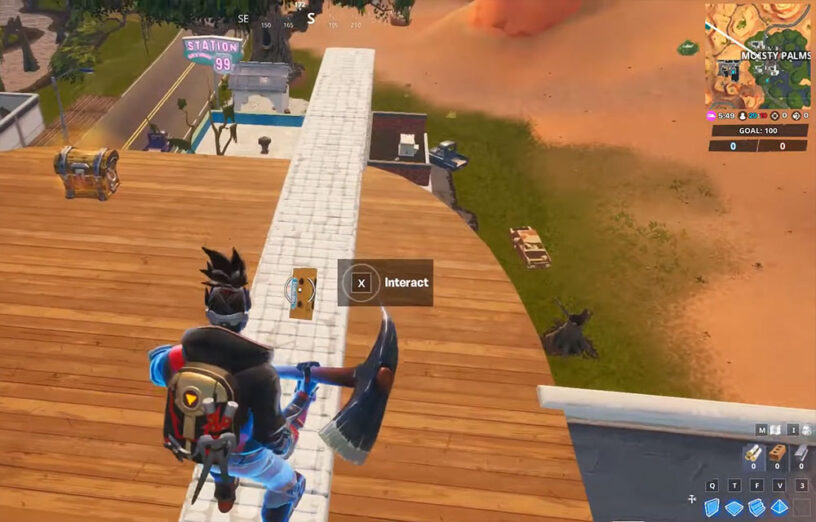 This tape can be found in Greasy Grove in the middle of the snow biome.

You'll want to head for the main taco restaraunt, and head for one of the back booths. The tape can be found hovering over the table! 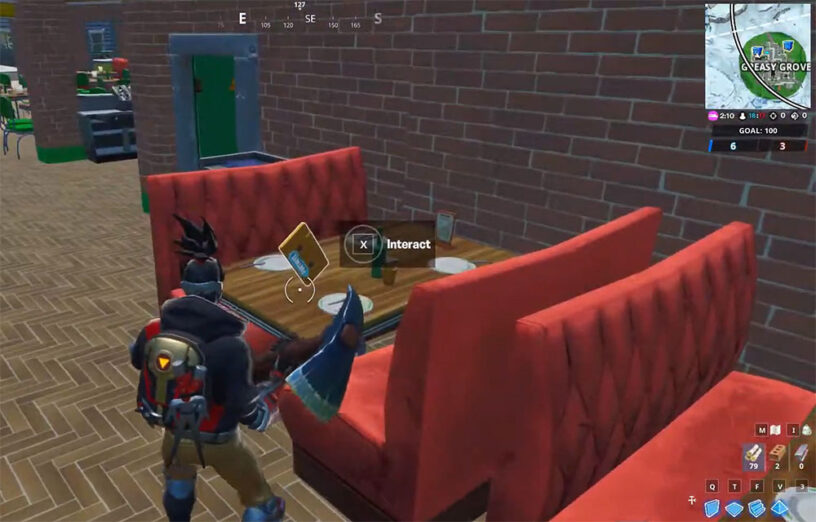 Collect the Visitor recording in Starry Suburbs and Gotham City (1)

You will need to find both the Starry Suburbs and Gotham City tape to complete this challenge!

Head on over to Starry Suburbs and look for the tallest building!

There's a balcony out front, so try to land on that. If you do, head inside through the door and go left! There should be a door directly in front of you next to the stairs. Inside of that room will be a bed and a tape will be floating above it. 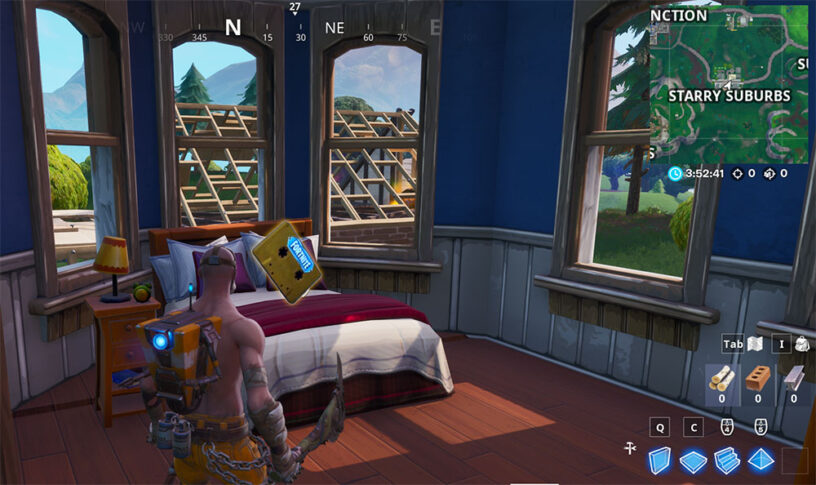 Head on over to where Batman fights crime! You'll find the hopefully final tape here, and it will be right next to the movie theater.

It will be right in the middle of the street, so it's going to be pretty hard to miss. Maybe take in a showing of The Final Reckoning while you are here? 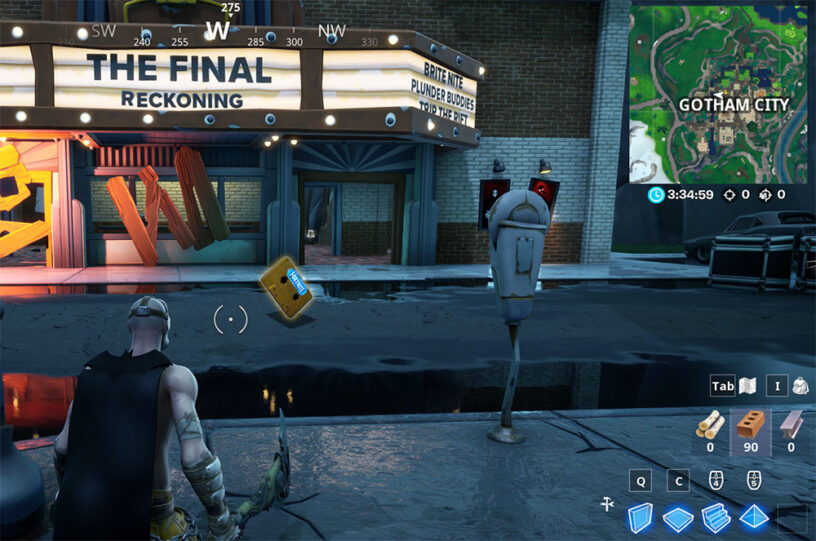 Like all the other Overtime events, we'll be getting new styles for some of the battle pass skins. This time they will be for Eternal Voyager, Sparkle Supreme, and YOND3R. There are additional red styles that come out for some other cosmetics, I'm not entirely sure how they will be released.