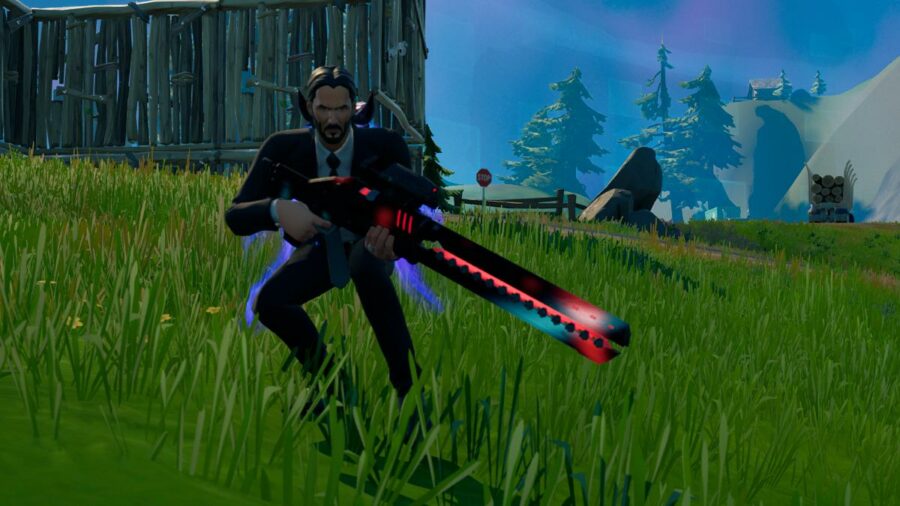 This Week 7 quest is about how to use one of the new IO weapons, the Recon Scanner. Due to this being a new addition for Season 17, not everyone will know how to use it. Let us give you a quick rundown.

The Recon Scanner can only be acquired by looting IO chests and the smaller IO outposts or their Satelite bases. Now the Recon Scanner doesn't do any damage, none whatsoever, but what it does do is something much more amazing.

Related: Where to find and defeat Riot in Fortnite Chapter 2 Season 7 Week 7

Upon firing, it scans a large perimeter shown as a blue-colored energy sphere. Any enemies caught in the influence of the blue sphere get marked by a red icon appearing above their head. It doesn't matter if they are hidden in houses or other terrains. They still get marked, but only if the sphere hits them. This weapon can only hold two rounds, but every twenty seconds, it will generate another round.

To complete this quest, you need to hit a player with this blue sphere. It will not count if you hit another NPC. So when you get this weapon, head to a populated area, and fire a shot, and if you see a red marker, you know the quest is now complete.