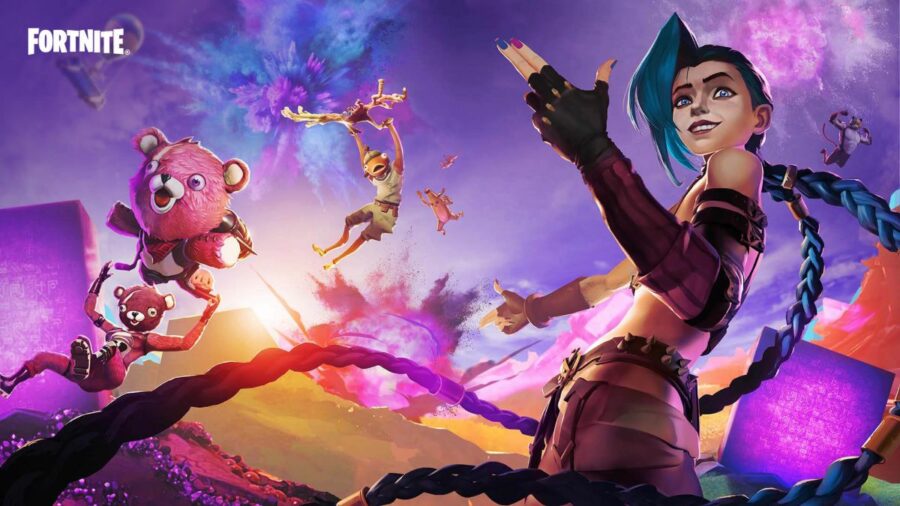 Jinx from League of Legends will bring her style of chaos onto the island in Fortnite as a character skin outfit. She will be part of the ever-growing list of amazing cross-over outfits players can purchase in the game. Jinx is coming to Fortnite as a cross-promotion with the League of Legends animated series Arcane on Netflix. The Jinx outfit will be available later in the day at around 8 PM ET.

The Arcane Jinx Outfit will be part of the Arcane: League of Legends Set that will be available in the Item Shop. Set will include additional items like the Jinx’s Dream Monkey Back and Pow Pow Crusher Pickaxe, the latter of which can be built from extra Pow Pow parts. Playground (Instrumental) Lobby Track from the Arcane Original Soundtrack will also be part of the set so that players can play to tunes of League of Legends on Fortnite.

Related: All Ezreal’s Ultimate interactions in League of Legends

There will also be the Arcane Jinx Bundle that players can purchase, which includes the Jinx Outfit, Back Bling, Crusher Pickaxe, and the Lobby track plus some bonuses—the Jinxed Spray and the Wreaking Havoc and Katchoo! Loading Screens.

For more news on Fortnite and League of Legends, including How to Defeat a Boss Cube Monster in the Sideways in Fortnite, stay reading on Pro Game Guides.