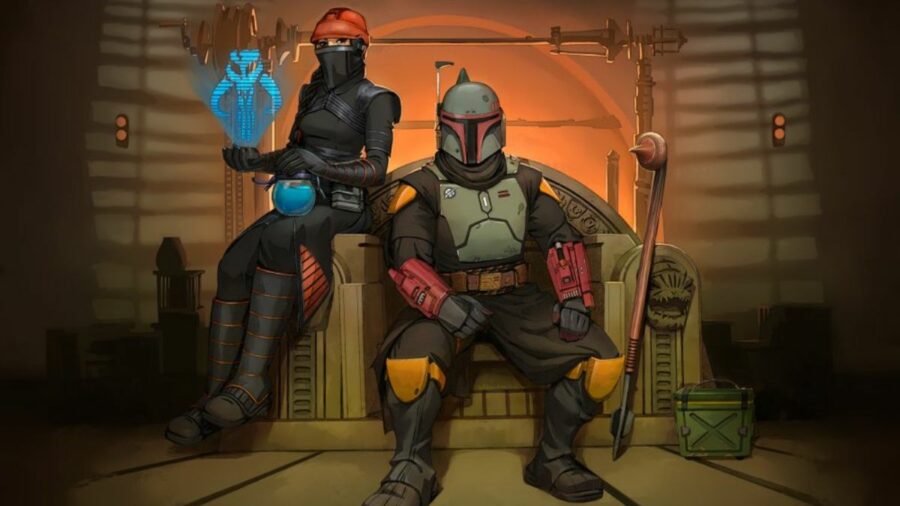 Epic Games and Disney have announced that another Star Wars character will be making their way onto the Fortnite island. The super-popular bounty hunter Boba Fett is coming to Fortnite, and he is bringing his partner-in-crime Fennec Shand from The Mandalorian with him. The characters will be arriving in Fortnite on Christmas Eve, Dec. 24, presumably as skins.

Boba Fett joining the Fortnite roster is a cross-promotion for the upcoming Disney+ series The Book of Boba Fett, slated to air on Dec. 29. Artwork of Boba Fett was shared in the official announcement—eagle-eyed fans might recognize the art piece from The Mandalorian season 2, where Fett sits down on a familiar throne with Shand by his side.

If the artwork is anything to go by, Boba Fett in Fortnite will take the appearance he had in The Mandalorian Disney+ show. In Mandalorian, Fett is played by Temuera Morrison, the same actor who played Fett's "Father" in the prequel trilogy. Morrison is set to star in The Book of Boba Fett.

No other information for Boba Fett in Fortnite has been revealed, not even in-game renders for the characters were shown off. Other Star Wars characters are already in Fortnite as skins, including Rey and Kylo Ren from the sequel trilogy.