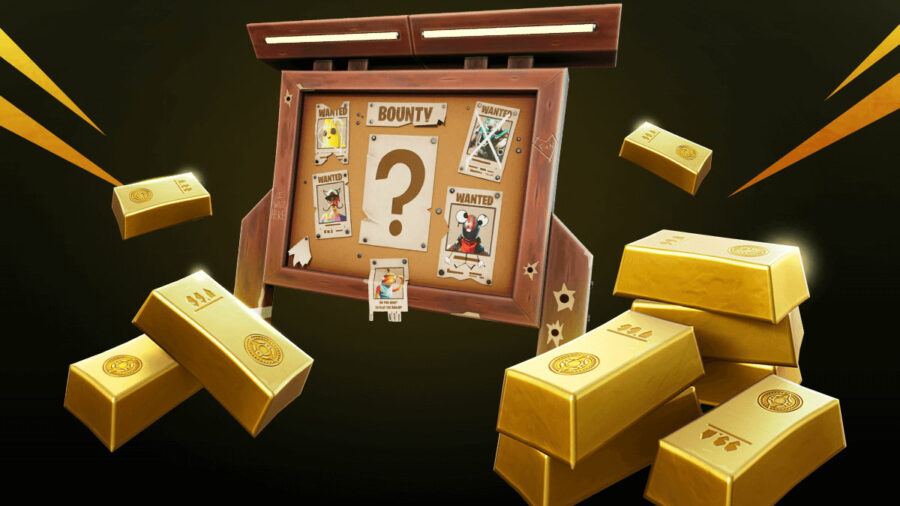 Fortnite Chapter 2: Season 5 has finally arrived, and with it comes a plethora of new things to explore and interact with! You will find characters on the map that will sell you weapons, offer you bounties, and allow you to get intel on where players are on the map. Now, what exactly do you need to do to use these features? Well, that's where the gold you acquire will come into play, because these characters aren't giving anything away for free.

Gold Bars are used for purchasing items and gaining intelligence from NPCs that you can interact with on the map. The items you can purchase are pretty unique, one in particular is the Storm Scout Sniper Rifle, which will show you where the upcoming storm circles will be. There's a variety of things you can purchase from these NPCs with the bars, they are not just limited to weapons. Another thing you can do is hire an NPC to be your recruit, they will act as a helper to take out enemies with you.

An interesting thing about Gold Bars is that they persist through games! That means if you gather Gold Bars in a match and are eliminated, you will still have that amount to use in the next game. So, don't worry if you've gathered up a bunch and get killed, because you will keep those bars.

How to Get Gold Bars

There's a variety of ways to get Gold Bars in Fortnite. One is to just open up chests, which will pop out some bars that you can collect. The second way is to just eliminate players, who will drop bars when they've been taken out. The third way to get these is to complete bounties from the various NPCs that can be talked with on the map. A bounty will display an enemy that you need to eliminate, you will get an area on the map where the target is located. If you can eliminate them yourself, you will get the full reward of the bounty. If someone else eliminates them, then you will get half the reward! So, it's pretty nice to have a bounty going even if you have no plans on getting the elimination.

Talking to NPCs will also give you a chance to take quests. These are different from bounties, because they don't required you to get eliminations. You could get something like "Use bandages or medkits" and doing so will give you a small reward of Gold Bars. You will find the NPCs all over the map, keep an eye out for the little white quotation icon and talk to them when possible!

You can see some of these NPCs and what type of things you can do with them in the video below: