Rapid's Rest is another of the locations that aren't explicitly labeled on the map, so unless you know where they are you will need a tip or two to locate it! Well, it's actually not too difficult to find, because it is located between two large named locations. The actual boundaries of the area are a bit nondescript though, so make sure you get the alert that you've entered into it before attempting to complete the challenge.

You can find Rapid's Rest by going to the river that can be found between Lazy Lake and Retail Row. Make sure you are south of the bridge that leads from Retail Row to Lazy Lake, because the area starts a bit south from there in the white water rapids section of the river that flows into the lake and further south. 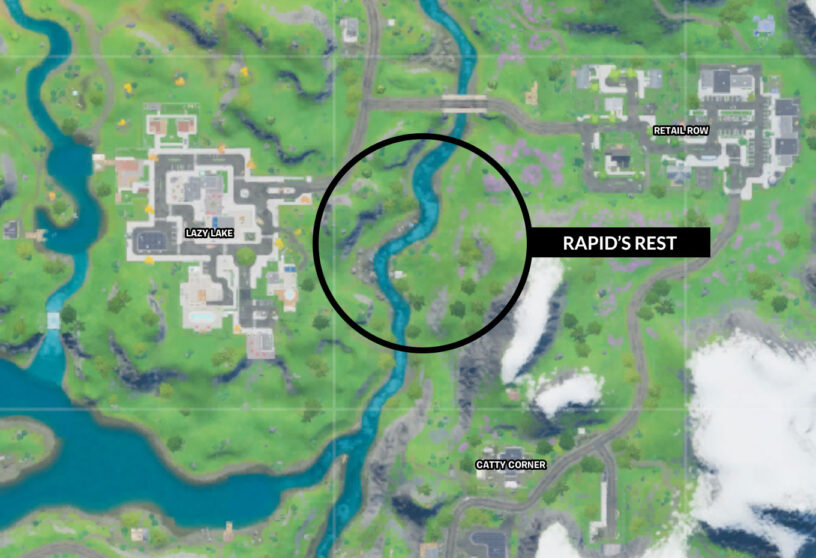 Rapid's Rest is apart of the Week 7 Challenges in Fortnite's Chapter 2: Season 3. You need to go there and collect stone by smacking a bunch of different boulders that can be found on the shores of the river. Just be careful you don't get swept away by the accelerated current in the water!

You can also head down to Catty Corner while you're in the area, because there's an additional challenge to complete there! That one requires you find some balls of yarn, which Kit apparently play with while he isn't patrolling the area and taking out Fortnite players!