With the hype increasing for the first major update for Genshin Impact, update 1.1 is coming very soon, it seems everyone is eager for more information. 1.1 comes with a plethora of new content, additional characters - Zhongli, Childe, Xinyan, and Dionna, and more places to explore! A new character has been revealed, a female Cryo user called Ganyu; however, it's doubtful she'll come with the latest update, but from her leaked combat talents, we know she'll definitely be playable at some point or another! So here's all the information we have on Ganyu! 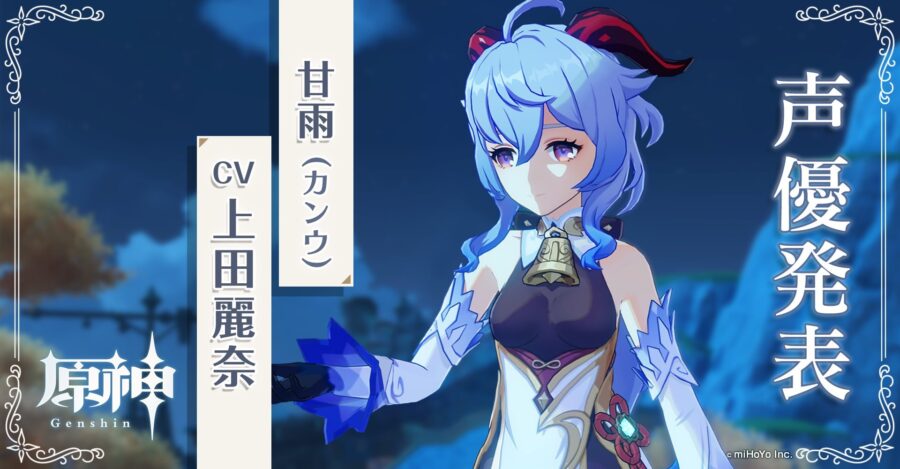 Ganyu is a new character coming to Genshin Impact, she is currently an unknown Star rarity, but she is 100% a Cryo element user, who uses a bow as her weapon. This lady first appears in the Archon Quests Chapter 1, Act 2: Farewell, the Archaic Lord. If you haven't reached her in the story yet, she works as the secretary for Ningguang, otherwise known as Lady Qixing. When update 1.1 hits in November, we're all going to dive deeper into the Ningguang storyline, so having Ganyu as playable at some time in the future makes absolute sense.

Take all this information with a grain of salt like always, as things are subject to change.

If you're looking for information on the Genshin Impact 1.2 update and Ganyu, check here. If you want to drop Ganyu when update 1.2 lands, why not check out our early farming guide for Ganyu!

Performs up to 6 consecutive shots with a bow. Her charged attack is a precise aimed shot, which increases damage dealt.

Ganyu Coalesces atmosphere frost and snow to summon an Ice Soul GEm that exercises evil. During its ability duration, the Ice Soul Gem will continuously rain down shards of ice, striking enemies with an AoE and dealing Cryo DMG.

A detailed information screenshot is shown down below! Thanks to Demone Kim and Zeniet for this information! 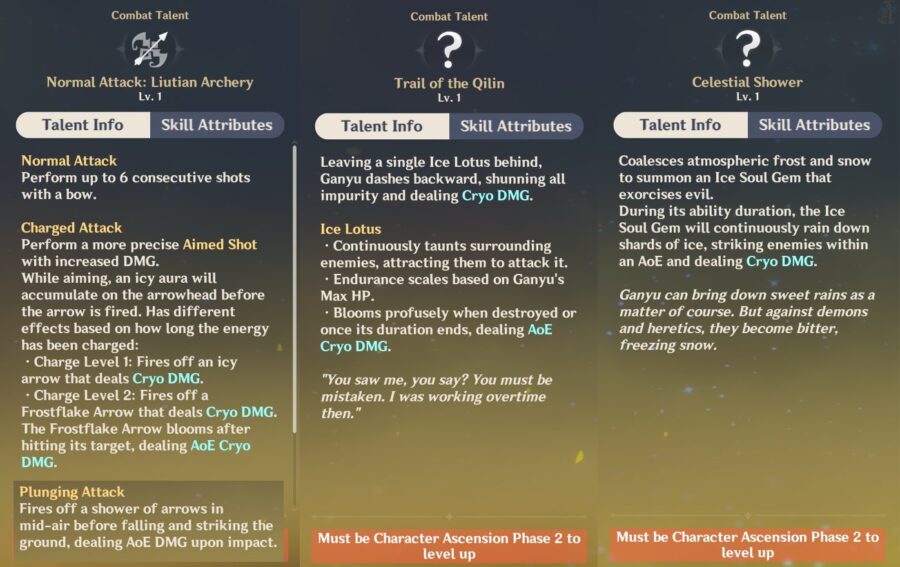