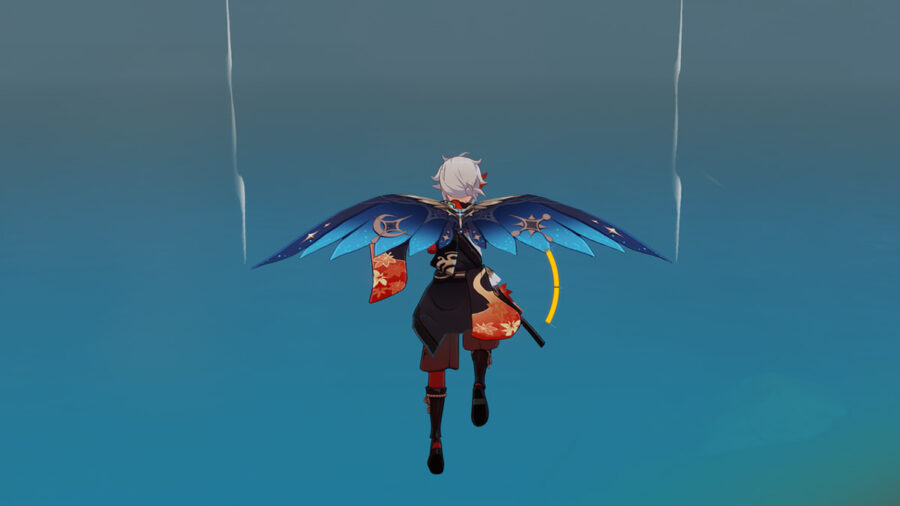 Where can you complete this achievement?

First, walk to the very edge of Starsnatch Cliff, then look east. You should see an island in the distance, although it is not depicted on the in-game map. This is your destination. However, you will need several stamina conservation tricks, as the glide requires 214 stamina in total.

Related: Lesser Lord Kusanali’s kit will be an upgraded version of Dendro Traveler, according to Genshin Impact leakers

Once you are fully prepared, you can jump from the Starsnatch Cliff peak and start gliding east, toward the island in the distance. If your stamina gets dangerously low, try eating some foods that restore stamina, like Noodles with Mountain Delicacies or Five Pickled Treasures. With the Anemo elemental resonance buff, Amber in your team, a plate of Delicious Minty Meat Rolls, and some emergency stamina-restoring snacks, you should be able to glide to the nameless island, getting the It's the Same As Having Wings and Golden Gliding License achievements.