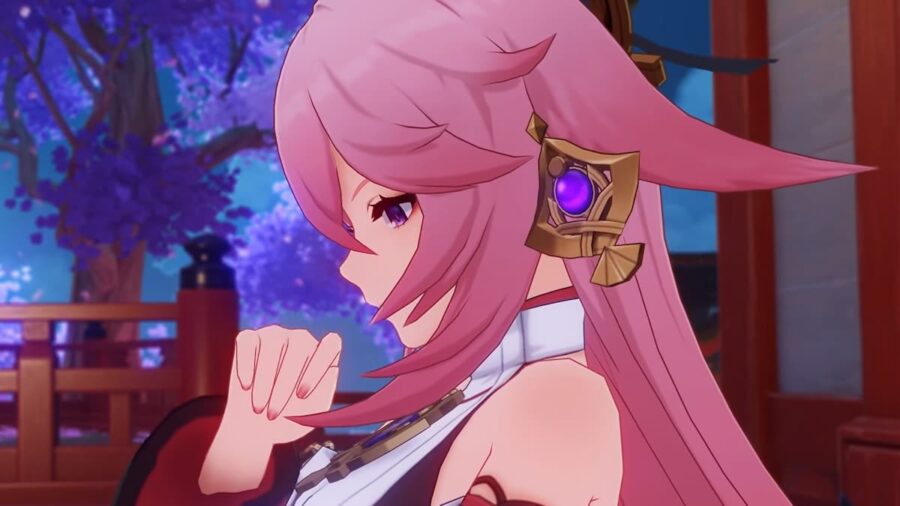 Genshin Impact is always gearing up for new character releases, but some characters are a lot more anticipated than others. Yae Miko is one such character, and players have wanted her since Inazuma's launch. Now that MiHoyo has given out solid information, Yae Miko's release is right around the corner.

Yae has officially been confirmed for version 2.5 by MiHoYo themselves, this version will release in Feb. In the game, you can clearly see that Yae Miko is wearing an electro vision, and she is set to be a five-star and currently, the only character releasing in version 2.5, making it a bit easier to pull for her after all the banners in 2.4.

Related: How to get Stellar Reunion event rewards in Genshin Impact

Additionally, Yae Miko's splash art didn't show a weapon, confirming that she is likely a catalyst, as many players have been guessing. It's yet to be seen whether she is a DPS character or not, but due to her popularity, players are assuming that MiHoYo will give her abilities that allow her to be on the field as much as possible.

It's also not known whether Yae Miko's banner will run first or who the four-star on her banner will be. Shinobu was once rumored to run alongside her, but not it will likely be another Inazuma five-star like Thoma or Sayu.