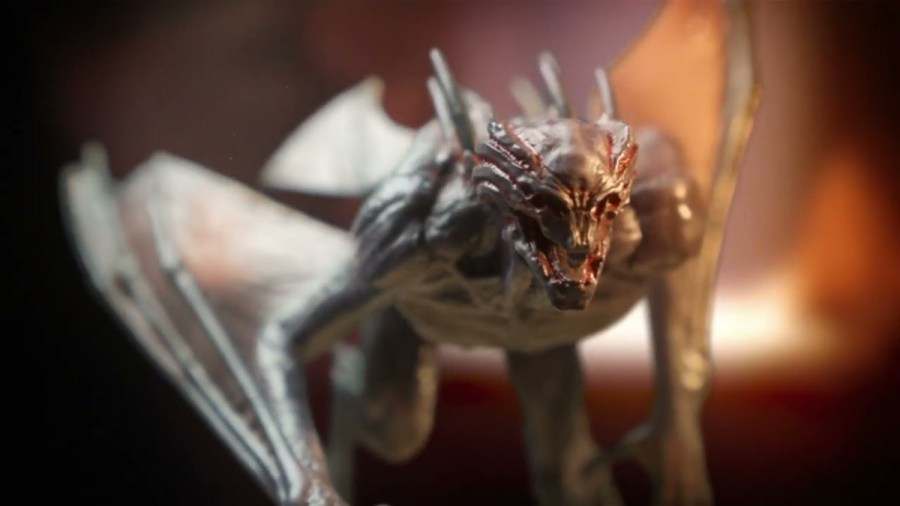 Players will be up against the Pazuzu in The Dark Pictures Anthology: House of Ashes. This ancient king of wind demons was known as the bringer of storms and drought in Mesopotamian religion. While most may not recognize the name, they've undoubtedly encountered media with the supernatural creature before. The Pazuzu is a mainstay in horror films like The Exorcist franchise.

Related: Is House of Ashes on Game Pass?

Like the previous entries in the Dark Pictures franchise, players must use their quick wits to keep the cast alive when they inevitably encounter this otherworldly being. Characters can die, so the choices players make can influence the story drastically. Make sure you go in prepared for a nerve-wracking experience.

The Dark Pictures Anthology: House of Ashes is available for PlayStation 4, PlayStation 5, Xbox One, Xbox Series X|S, and PC

For more on House of Ashes, be sure to check out some of our other guides, like All Trophies and Achievements for The Dark Pictures Anthology: House of Ashes here on Pro Game Guides.

What is the monster in House of Ashes?