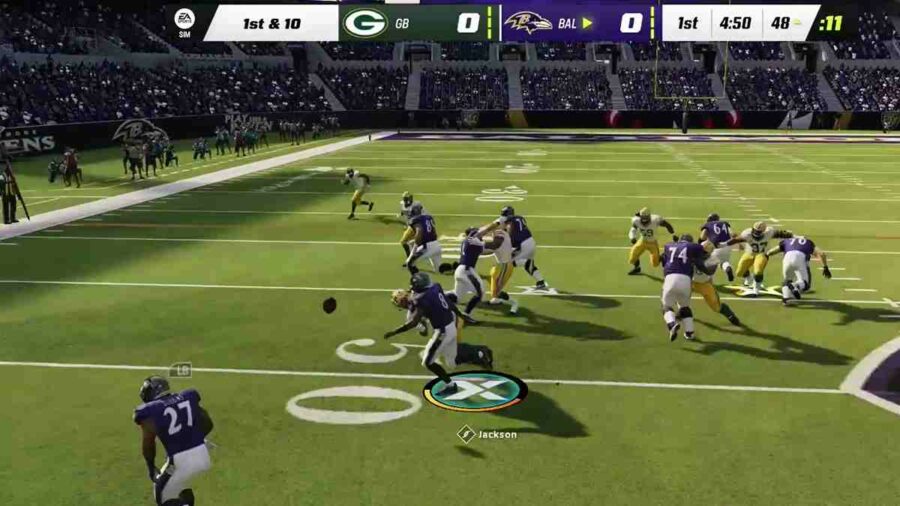 Lateral passes are pretty rare in the NFL, but they are sometimes used in trick plays, option runs, or last-second plays. In Madden 23, you can perform a lateral pass nearly anywhere as a ball carrier, as long as you have a teammate behind you. If you want to throw a lateral pass or pitch the ball, here is how to do it:

Related: How to Stiff Arm in Madden 23 – Controls and Tips

Only a few plays in select playbooks have a designed pitch. The power, triple, and speed options are runs that can utilize the pitch move. Very few playbooks include these plays, but they can be found in playbooks with mobile QBs like the Ravens.

You can also use the lateral pass on kick returns or punt returns, especially on plays where you need a touchdown at the last second. It is still a very risky move that can backfire quickly, but if there is no other hope, it is a perfect last-ditch effort before getting tackled.

For more Madden 23 guides, check out Madden 23: How to Slide on Pro Game Guides.

How to Lateral Pass in Madden 23