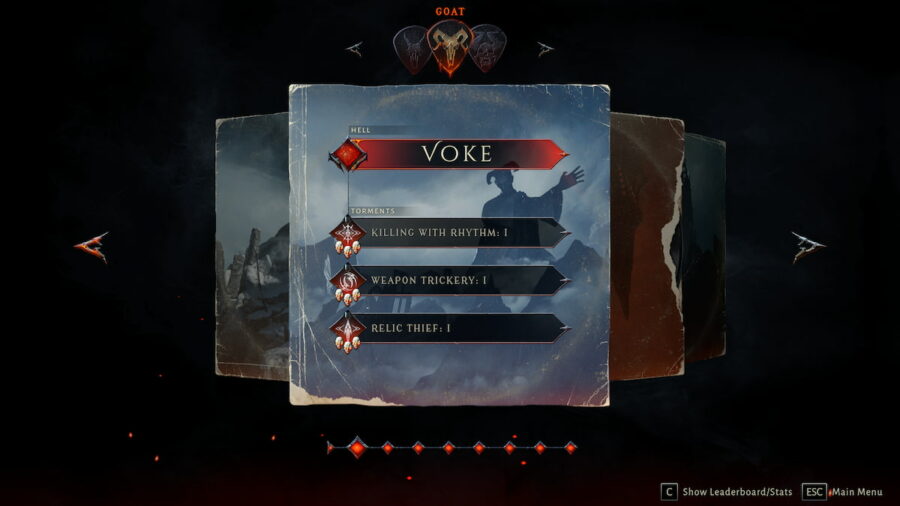 Metal Hellsinger is divided into eight different levels with three difficulties. Players can tackle each of these levels on any difficulty and replay them with any of the unlocked Sigils and weapons. Each level adds either a new enemy or new weapons, and players will unlock new Torments to try to earn Sigils at the level's end. These are the names of every level in Metal Hellsinger and which Torments are unlocked after beating them.

All Hells in Metal Hellsinger

There are eight levels in Metal Hellsinger, not including the Tutorial. After each level is completed, three Torments are unlocked in addition to the next level. These Torments will unlock Sigils and give players more ways to increase their score and make different builds. These are all the levels and their Torments:

All Bosses in Metal Hellsinger

There are eight bosses total in Metal Hellsinger. Seven are visually similar in shape but behave differently in their respective arenas. This is every boss in the game and what level they can be found:

How many levels does Metal Hellsinger have?