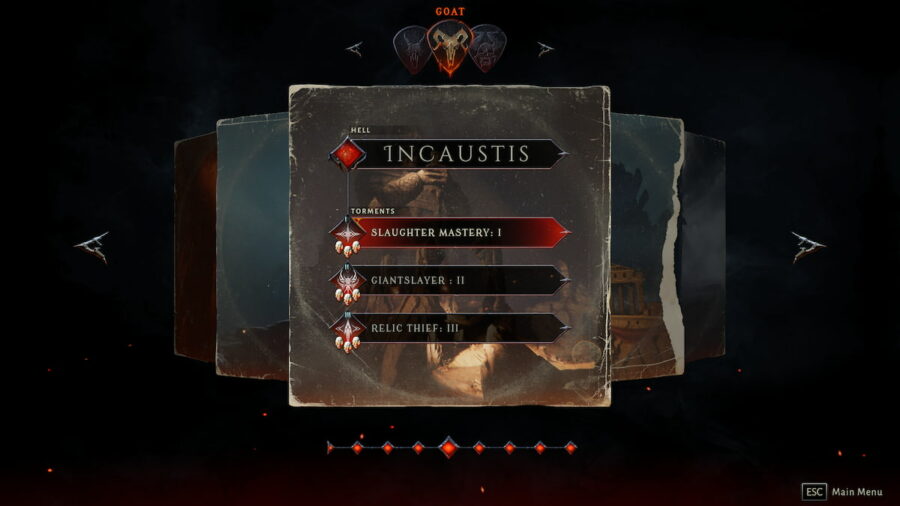 The Slaughter Mastery Torment in Metal Hellsinger is one of the more difficult challenges in the game. It requires players to kill several enemies within the time limit, but only Slaughter kills will count towards the count. Players will regain time by performing Slaughter kills but can have trouble triggering the prompts for Slaughter, to begin with. These are tips on completing Slaughter Mastery in Metal Hellsinger on every difficulty.

The Slaughter Mastery Torment has players kill many enemies within the time limit. Only Slaughter kills will count towards the count and will restore time to players. Several difficulties can occur during this challenge, as getting a Slaughter to prompt can be hard on some enemies. These are some tips on completing the Torment and which weapons are best to use for it.

The Terminus sword is the best weapon for the Slaughter Mastery Torment because of its middling damage and ability to not instantly kill Marionettes. It takes one hit from the Terminus to be able to perform a Slaughter kill on the Marionettes, giving players the chance to chain kill them while only requiring one swing. The Cambion only takes three normal hits from the Terminus to be available for Slaughter, while other enemies like the Behemoth will require more hits but can be lowered by the Ultimate instead.

Related: How to complete Ultimate Mastery in Metal Hellsinger

The Hounds - A Tier

The Hounds are the best weapon to use against enemies with a lot of health. Players should avoid Marionettes when using these weapons because they will kill them in one shot. Cambion only needs to be shot twice to trigger a Slaughter kill, while Hierophant only requires roughly four hits to trigger. Other enemies require a bit more, but The Hounds allow players to attack safely from a distance, making them invaluable to completing the Torment.

Paz does very little damage, making it a great option for enemies with little health. However, Paz is not recommended to use on enemies other than Marionettes, as even the Cambion will require more hits than it's worth. If a Marionette has been damaged by a Behemoth, Paz can be used to fish for a Slaughter.

How to complete Slaughter Mastery in Metal Hellsinger