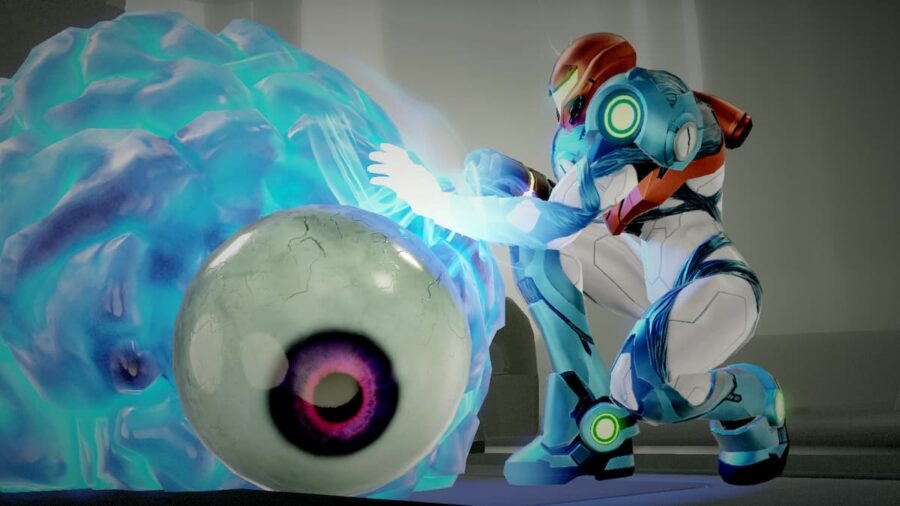 Central Units have a few phases. In their first phase, they are covered by a protective plate that missiles and your charged shot can only damage. Utilize these to destroy its armor and reveal the weaker core. Once you have exposed this core, you can damage it with regular shots from your arm cannon.

Related: How to unlock Hard Mode in Metroid Dread

While fighting the Central Unit, several cannons will attack you. One of these will fire red/orange projectiles. You can destroy these with shots from your charge beam or by jumping into them with the charge beam ability. This will reward you with energy and missiles to keep you in the fight.

While the Central Unit isn't the most challenging boss, it can be confusing to newcomers to the Metroid series, especially as you do not have many tools at your disposal when you first encounter this mini-boss. Use the above methods to defeat the Central Unit and make sure to dodge its attacks!