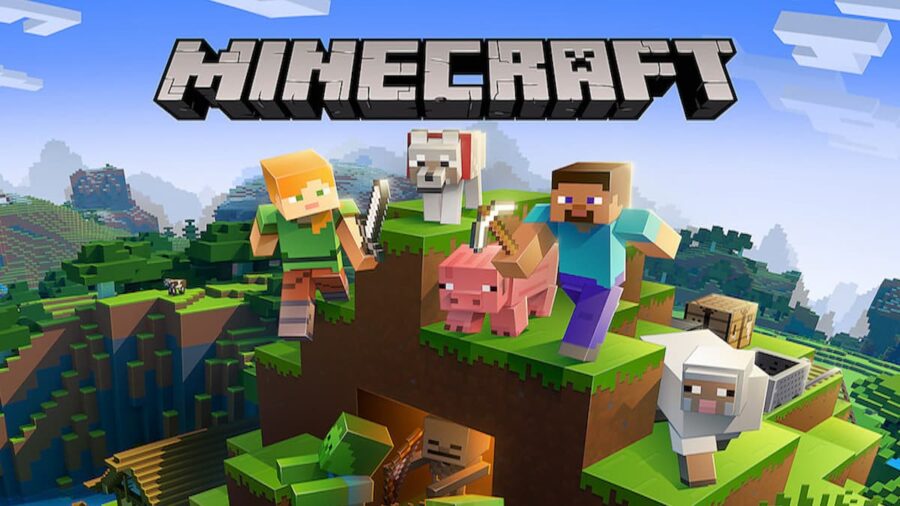 Using the Riptide Enchantment in Minecraft, players can zip through the deepest oceans and expansive sky at tremendous speed (the latter only while it's raining). While that's all well and good, actually acquiring the proper Enchantment can be a pain.

Enchanting A Trident With Riptide

Players can give tools and armor special properties by using Lapis and XP at the Enchanting Table. The enchantment effects applied to items are normally random, but they can be guaranteed by using the corresponding Enchantment Book.

Related: How to use Enchanted Books in Minecraft

Players can find a Riptide Enchantment Book by randomly searching through chests or trading with a Librarian Villager. Villagers will have random trades, but players can reset Villagers from their jobs by placing down their job blocks. Place a bookshelf down by an unemployed Villager, turn them into a Librarian, then level them up to see if they will now sell you the Riptide Enchantment.

Throwing the trident consumes durability and with Riptide, it loses even more on impact. Using the Unbreaking Enchantment can slow this down tremendously. There are two ways to repair the weapon and keep the enchantment. Using a damaged trident and combining it on the Anvil to feed it durability or giving the trident the Mending enchantment.

The Trident's launching effect from the Riptide Enchantment only works in water or while it's raining. Holding down the ranged attack button, which is right-clicking on keyboard and mouse, Left Trigger on Xbox controller, and L2 on PlayStation controller will charge the trident. Normally, releasing the button held will throw the trident, but with the Riptide Enchantment, the user flies along with it. Throwing the trident straight in the air while it rains can make the player soar high. Throwing it again while in the air can keep the player perpetually in mid-air.

The high arc sends the character flying, but the user can also sustain damage if not careful. To prevent dying from fall damage, players can use the Enchanting Table to give themselves Boots with Feather Falling. Aiming higher will make a bigger arc, making the player fly higher and farther. This can take some getting used to but is very useful in traversing the world and even fighting mobs as it hits multiple targets.

For more tricks in Minecraft, check out How to build a gold farm in Minecraft on Pro Game Guides.

How to turn on Vanilla Experiments in Minecraft Bedrock Edition

What Light Level do Mobs spawn at in Minecraft?