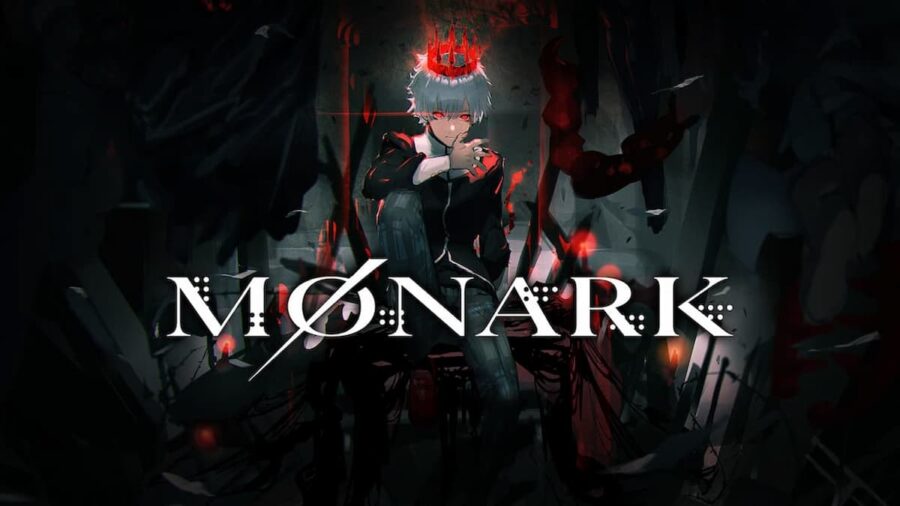 Monark is a game by FURYU, made with the help of former Shin Megami Tensei devs. If you have ever played an older Persona or Shin Megami game, then Monark will instantly feel familiar. Of course, there are some huge differences between these three franchises.

Monark has a very rough start that many players may not be able to get past, especially if they care about graphics. Players take control of a character with amnesia, who is trapped in his high school by a magical barrier. To escape, players must learn to control their newfound powers and fight hordes of skeletons in turn-based strategy battles.

This review is spoiler-free.

The battles will make or break the game for you

I've played a lot of JRPG's including budget titles like Crystar and more renowned titles like Persona 5. Never have I felt as at odds with a battle system as I do when playing Monark. The battles are slow even when using the fast forward option, and they get longer with each chapter of the game.

Related: When does Monark Release?

There are only three fights, including the boss, that you are forced to deal with during each chapter. You will quickly find that you're not earning enough experience to make it through the game. You must go out of your way to dial numbers to trigger additional battles. These extra numbers are found in hidden notes, as dialing on your own will usually pit you against overpowered enemies.

Experience wouldn't be a problem if past battlefields didn't significantly jump levels with each new area. It also hurts that you get new party members constantly throughout the game, and they all come in at level one. This means that instead of using the experience you earned from defeating the last boss to level your character and units, you are pouring it all into your new ally.

By around the fourth chapter of the game, I found myself spending at least ten to twenty minutes grinding enough SPIRIT to level up just a few skills. Most of this was spent moving around the field or watching the enemies decide to literally do nothing.

It's also sad that despite the huge list of abilities that my team could unlock, I felt limited. You can't really lead with the protagonist because if he gets knocked out, it's game over. The other characters are typically underleveled, and the rotating door of partners made it much harder to learn strategies.

A key feature of the game is the Mad Gauge that increases by using authority attacks and also as you spend time in the fog. If the gauge fills up, you're sent to the infirmary. While you're exploring, your phone could also start constantly ringing, which will attract the unsettled. When hit by an alerted unsettled, your gauge will jump significantly.

While the Mad Gauge could have been a fun mechanic, it was pretty easy to keep it under control with the free mental stabilizers available from the clinic. Other types of items that stop status effects and restore health aren't as easy to come by and have to be bought from Vanitas using SPIRIT points.

There's also an Ego System that is leveled up by battling, taking psychology quizzes, and collecting Altar Egos. Despite being front and center at the beginning of the game, it doesn't feel essential in battle.

The best part about battles is the amazing music tracks that play during boss fights. It's disappointing that these short parts of the game had such amazing music, as the rest of the game's soundtrack didn't leave an impression.

If you are planning to play Monark, either get a notepad and pen ready or download an easy-to-use note-taking app. The puzzles in this game bounce between being yawn-worthy or being so obtuse that Zelda's Water Temple is a joke.

You have to constantly go into your phone, write down numbers, and figure out some of the vaguest hints I've ever seen in a game. Some of these puzzles had me running around a small area for thirty minutes, and at the end, there was no "Oh that's it," light bulb moment. Instead, it was always "How was that a good idea?"

It also didn't help that so many assets were reused.

Many parts of the story felt  predictable and falling back onto familiar tropes. The party memebers you team up with are bland and can easily be summoned up in just a few words. You have the student council president, the school delinquent, the quiet introvert, and an overly righteous middle schooler on your team.

There are very few high-quality cutscenes, and the time spent with each big bad is painfully short. You can find notes laying around the school that actually add intresting lore to each area and the students, but it requires slogging through everything else.

Pros and Cons of Monark

If you don't love the battle system, then this game simply isn't for you. Monark is a game that takes dozens of hours, and for the most part, I spent it slowly carving my way through the battlefields. When I wasn't grinding, I was frustrated with a puzzle to the point of having to take a break from the game.

I really wanted to love Monark, and it was one of my most anticipated games for quarter one of 2022, but it just isn't that fun to play. If you still want to play I recommend picking it up on a sale, as the story just isn't enough to make up for the gameplay.

For more on Monark, including puzzle guides, check back here at Pro Game Guides!

Should I Buy Monark? – Monark Review