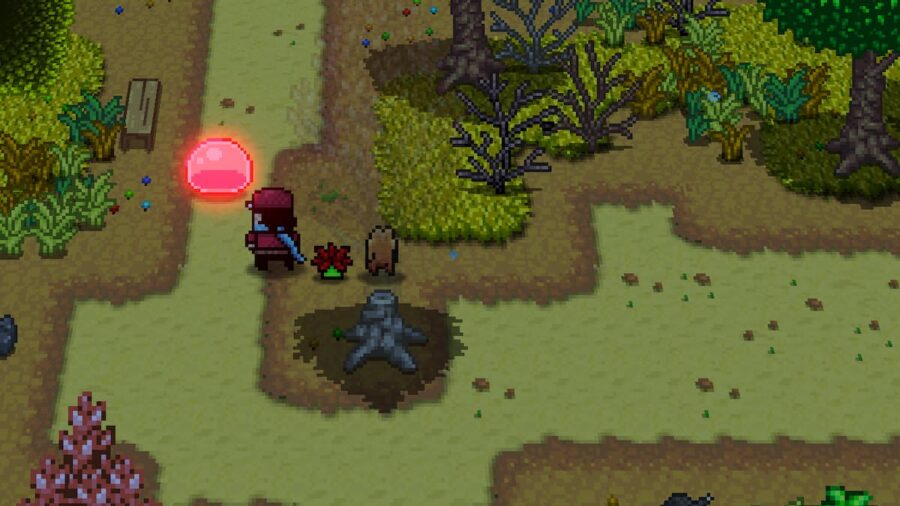 Related: Is there a map in Monster Harvest

Colored crystals can be found in the dungeon and can be recognized by their glow. They can be mined with a pickaxe and depending on the material of your pickaxe, can take one to two swings to break. Each broken crystal will reward the player with one crystal. Slimes can also be found wandering the wild and killing them will directly reward the player with one to two slimes.

Crystals and slimes spawn randomly so it is usually a good idea to mine them or kill them when they appear. At the start of your game, your Uncle will give you some slime to get you started. You can also purchase slimes at the Slimemory. So unless you're swimming in money, the best way to get slimes is to craft them.

How to build and upgrade your buildings in Monster Harvest?

Can you run away from battles in Monster Harvest?

Can you drop items in Monster Harvest?

Can you heal your Planimals in Monster Harvest?

What Planimals Grow in the Dry Season in Monster Harvest

How to Expand your Inventory in Monster Harvest